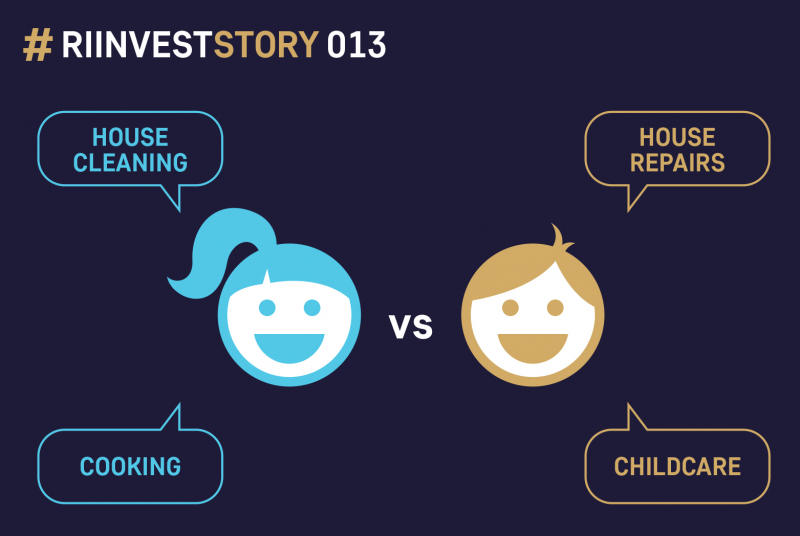 The number of hours worked by women on a given day is a direct reflection of the disproportionate burden women have with unpaid household work. Apart from the hours worked, the division of labor within a household is important in establishing the power positions, especially the bargaining power within the household. The bargaining power of women who work in paid labor and contribute to the household budget is different from women who are unemployed, however, the division of the work within the household often does not reflect that.

This is validated by the recent Riinvest survey with 600 employed women throughout Kosovo, that reveals the type of housework Kosovar women usually do and whether they receive help from anyone to get it done. Coming as no surprise, more than two in three women (68 percent) do the house cleaning by themselves and only 1 percent of men engage in this kind of chore; the remaining being done either by the couple jointly or by the housekeeping assistant. 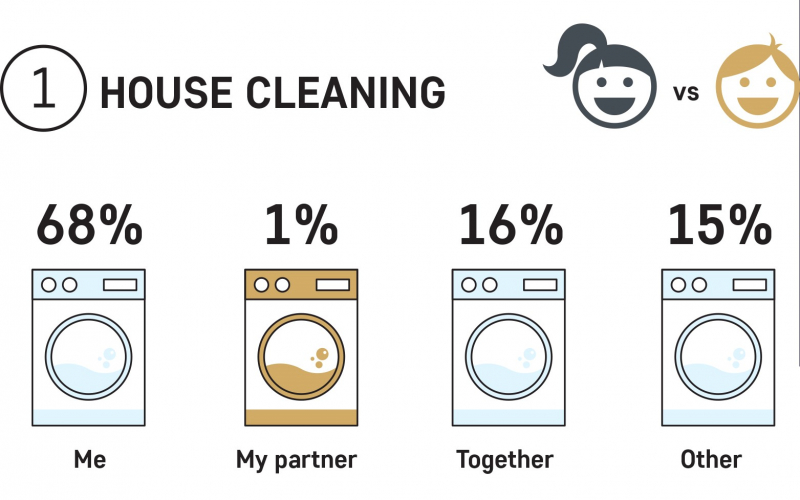 Meanwhile, regarding cooking, around 69 percent of the women cook for their families on their own and again only 1 percent of the partners engage in cooking for the family themselves. 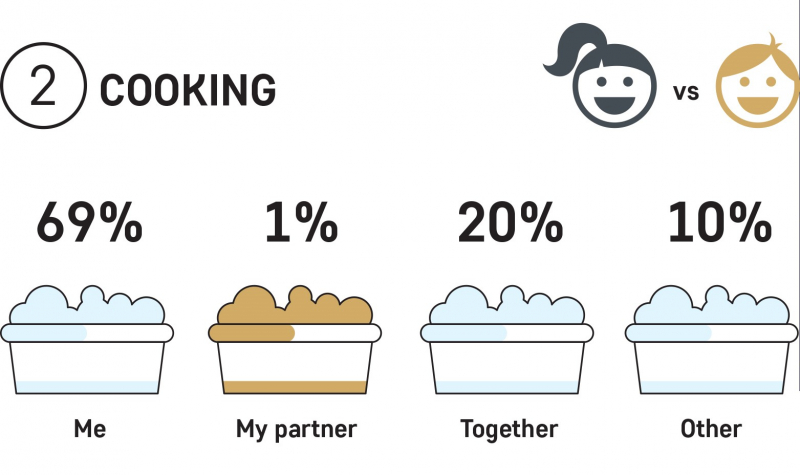 Conversely, when it comes to house repairs, the majority of work (72 percent) is done by the partner, while only 2 percent is done by the surveyed women themselves. 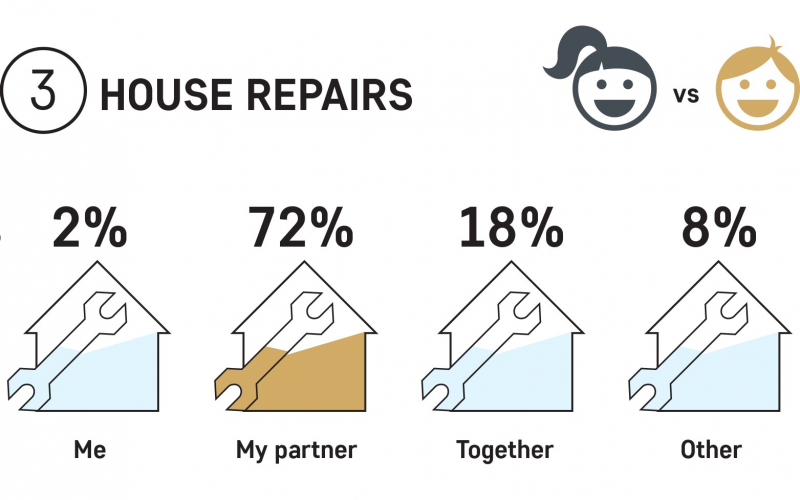 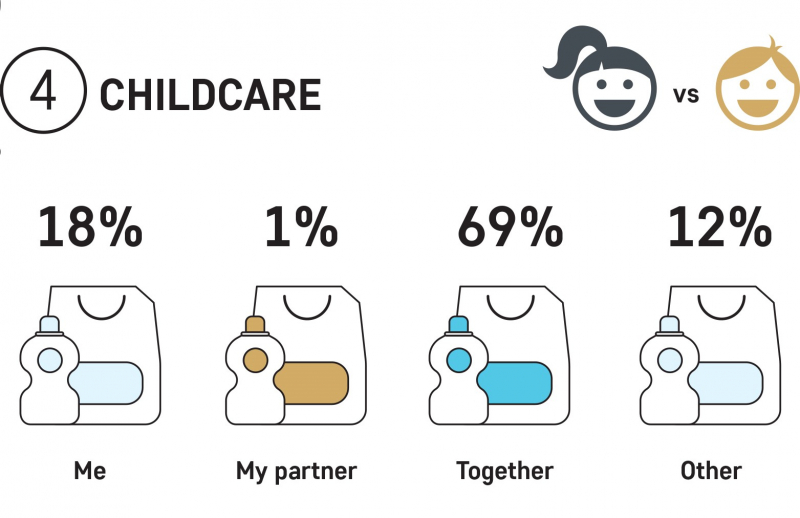 A promising trend comes to light only when disaggregating these types of housework by income level. In households where women have higher levels of income, these tasks become more of a joint responsibility of the couples, rather than the sole responsibility of the women. Women with higher levels of income tend to have their partners more engaged in these chores, either by doing them together or encouraging them to do them alone.

This tendency is in sync with several statements analyzing the gender roles within the family that women were surveyed on. So, for instance the claim “a woman must give up paid work if it interferes with the fulfilment of domestic duties” has resonated fully only with 8 percent of the women. The figures are even more convincing among higher levels of salary. This shows how economic independence impacts women in their perception of societal constructs and domestic roles.