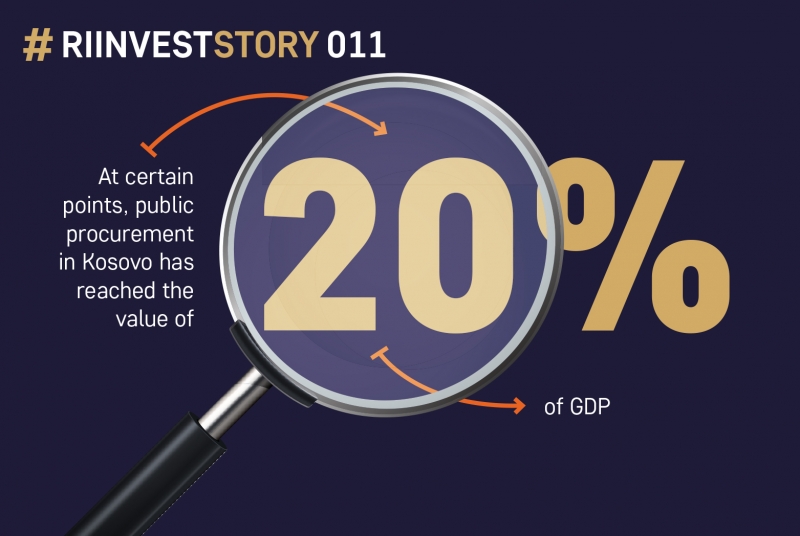 Still, the decline in the value of public procurement contracts is not necessarily an indicator of good management of the state budget. What makes successful public procurement is the strengthening of transparent practices. Earlier Riinvest studies have shown that only 80% of signed contracts go through open procedures. The biggest challenges to supporting transparency in public procurement arise from the fact that domestic (Kosovo and regional) institutions are mostly new in the fight against corruption. There is plenty of room for conflict of interest among politicians and businesses that are contracted by the government, and at the same time there is lack of technology integration in public procurement at central and local levels.

The significant value of public contracts executed through public procurement matters not only to get the best value for taxpayer money, but also to create an equitable environment where private companies can compete for these contracts. Consequently, the way this process is executed remains of particular importance.