Riinvest Institute is the oldest “think tank” in Kosovo operating since 1995. Riinvest promotes modern economic development based on the philosophy of entrepreneurship. Over the past two decades, Riinvest has produced analysis, publications and different socio-economic reports; developed markets, sectors, and interventions in the value chain; organized seminars, conferences, roundtables and meetings with high economic and business value for the country. The knowledge and experience allowed Riinvest to be competitive and competent in addressing socio-economic and business issues. Today, this institution is a leading, non-partisan, “think- tank”, in the field of socio - economic development in the country. Riinvest staff consists of 18 full-time researchers (two doctors of science; two PhD students; eight master of science and four with bachelor title) and five full time administrative assistants – in total 23 full time employees. Riinvet Institute management consists of Alban Hashani, Executive Director and Sejdi Osmani Chairman of the Board. Among other organizations, Riinvest’s partners and donors are: the European Commission (EC), the Swiss Agency for Development and Cooperation (SDC), the Kosovo Foundation for Open Society (KFOS), the Center for International Private Enterprise (CIPE), and the Friedrich Ebert Stiftung foundation (FES).

One of the strongest advantages of Riinvest is its staff equipped with professional and academic qualifications, as well as the experience and dedication in carrying out activities in accordance with its mission; a mission which aims to promote sustainable economic development in Kosovo, based on market economy. Consisting of distinguished individuals from the Kosovar society, the majority of Riinvests’ team is composed of young researchers with western academic qualifications - and as a result of this group of distinguished researchers, Riinvest’s product quality has always been to the highest professional and ethical standards. In fact, due to the quality of reports, analysis, seminars, discussions and advocacy missions, Riinvest has managed to ensure sustainability and maintain partnership relations with donors, partners and other relevant organizations in Kosovo; moreover, it managed to retain credibility towards the general public by taking stance in various socio-economic issues. Riinvests' reputation has allowed to be more effective during advocacy in parliamentary committees, during discussions in public debates, or in consultations with businesses, entrepreneurs, market actors, political parties or international organizations in Kosovo. An important part of this stability derives from the strong ties within the organization, which ensures quality, transparency and good institutional governance. Riinvest continually strives to adhere to the highest governance principles.

Today, Riinvest is engaged in four main areas: a) research and advocacy; b) market development; c) education and training; and d) academic research.

The research and advocacy field represent organization’s main focus: where most topics and important socio-economic developments in the country are addressed. Over recent years, Riinvest has produced a great deal of qualitative reports on important socio-economic topics in Kosovo, among others including employment, privatization, corporate governance, energy, small and medium enterprises, informality, public procurement, corruption, transparency, diaspora and remittances, finances and public investments - which were later used , cited, and addressed from interested parties; mainly by the government, the parliament, the international organizations, the civil society and many business associations.

In the area of ​​market development, Riinvest has been engaged in providing technical assistance and knowledge in various markets; particularly in horticulture, tourism, food processing and health sectors. Many years’ experience with most developed research methodologies, has prepared our team to not only provide local assistance, but to implement utmost complicated activities in this regard.

In the field of training and education, Riinvest was involved with municipal officials, business owners and/or representatives, civil society and journalists, in order to increase and improve their capacities in several areas specified under training programs. Riinvests’ cooperation has been expressed in particular with almost all the municipalities of Kosovo.

Finally, given the rich available information Riinvest researchers have been actively engaged in academic research, resulting in the preparation of various guidance documents and works to address and empirically contribute in many areas of economy where literature was scarce.

While future developments constantly create new challenges, Riinvest Institute remains ready equipped with expertise and experience, upon the principles of credibility and impartiality, and the continuous activation of development, providing, building, and offering solutions to the overall society development. 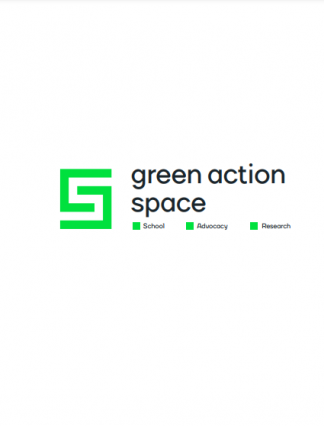