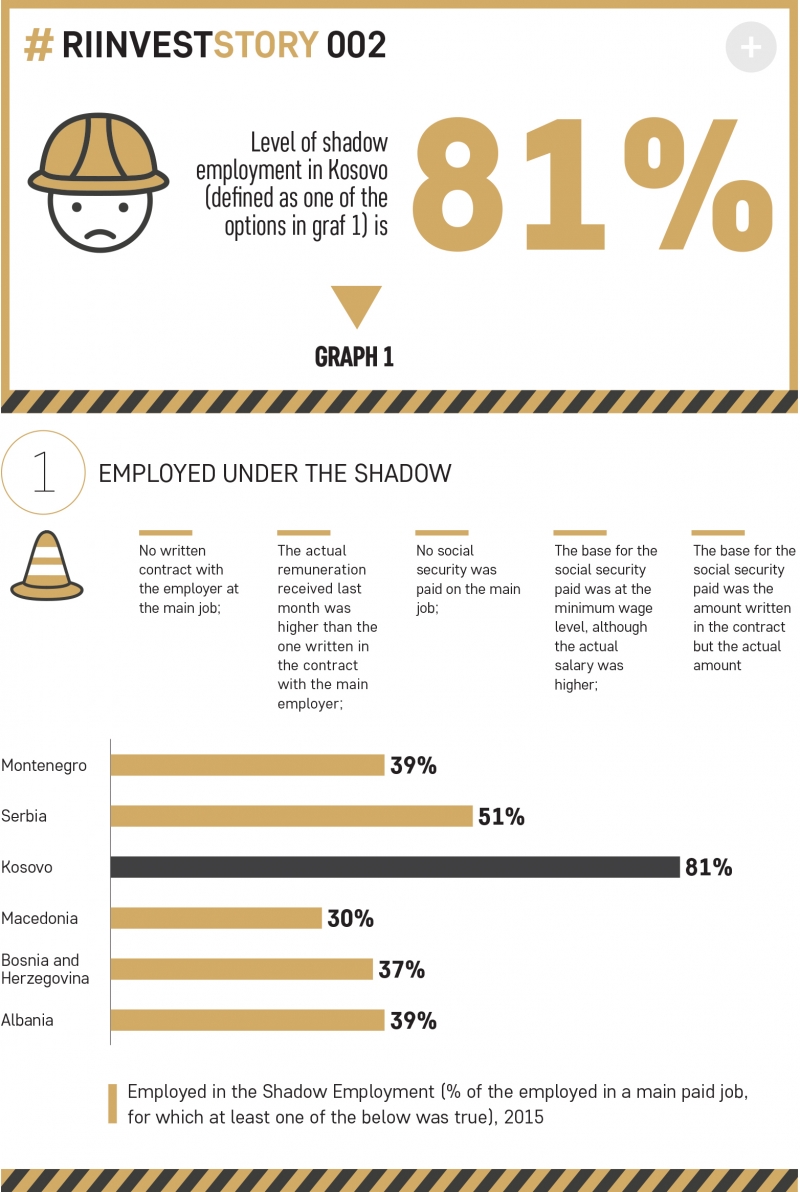 This time we are re wondering what shadow economy means for the labor force. What constitutes as shadow labor force in Kosovo? How unregistered labor activities in Kosovo compares to the region? We also wonder whether people engaged in shadow employment feel happier or less happy than those that are officially employed.

As a first guess we would think that the characteristics of shadow economy in Kosovo could resemble those of the region. We even have the lowest labor taxes, including lowest personal income tax and social security contributions for both companies and employees (Graph 2). So, if the theory that less taxation leads to less informality holds, we would think that we could even have shadow labor force rates which are lower compared to the region.

The most common and simple definition of shadow economy says that it includes ‘all unregistered economic activities that would otherwise contribute to the officially calculated GDP if the activities were recorded’ (Smith, 1994)[1]. Typical forms of shadow employment are: having an extra unreported job, earning unreported income, not paying contributions, etc. 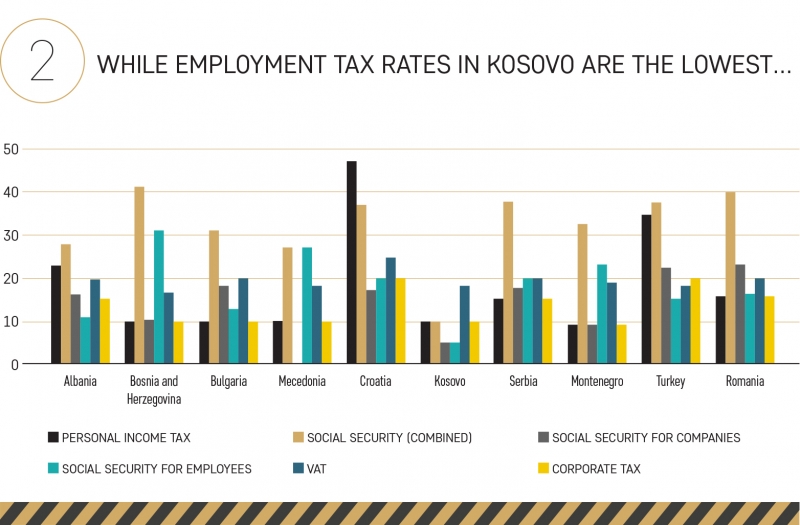 Riinvest Data collected from the regional survey implemented in 2016 in all countries of the region, in cooperation with the South Eastern European Leadership for Development and Integrity (SELDI,) give us a source of country comparison for shadow labor force. Graph 1 shows the shadow employment as a share of overall country employment, where shadow employment is considered any of the forms listed in Graph 1. According to this graph, at 80 percent shadow employment rate, Kosovo ranks the highest in the region, while the rest of countries have an undeclared labor activity share of 19-51 percent.

Kosovo also stands out from the neighboring countries in terms of the difference in payment between formal and informal employment. Contrary to the experience of the labor force from our neighbors, those that are doing unofficial jobs, on average, are paid 8 percent more than those that belong in the formal employment. The rest of the neighbors have higher compensation in the formal economy. 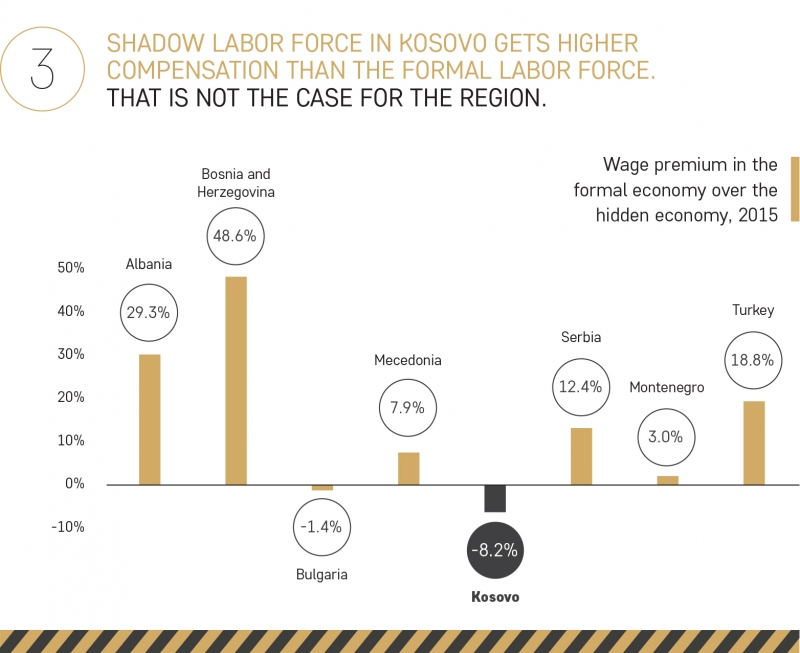 So, now that we know that shadow labor force is paid more, we wonder still- are these people happier? In truth, the share of shadow labor force declares lower levels of happiness than those that are formally employed do (Graph 4). The same applies to the countries of the region, arguably since informal labor has longer working hours and does more work from home. 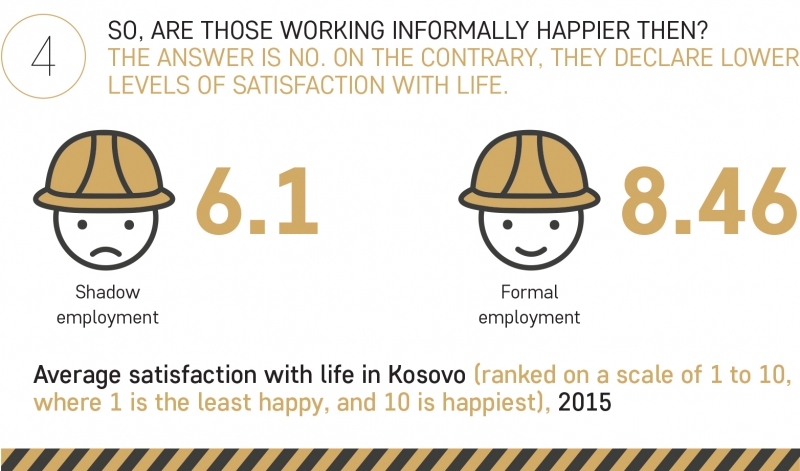 [1] Smith, P. (1994), Assessing the Size of the Underground Economy: The Canadian Statistical