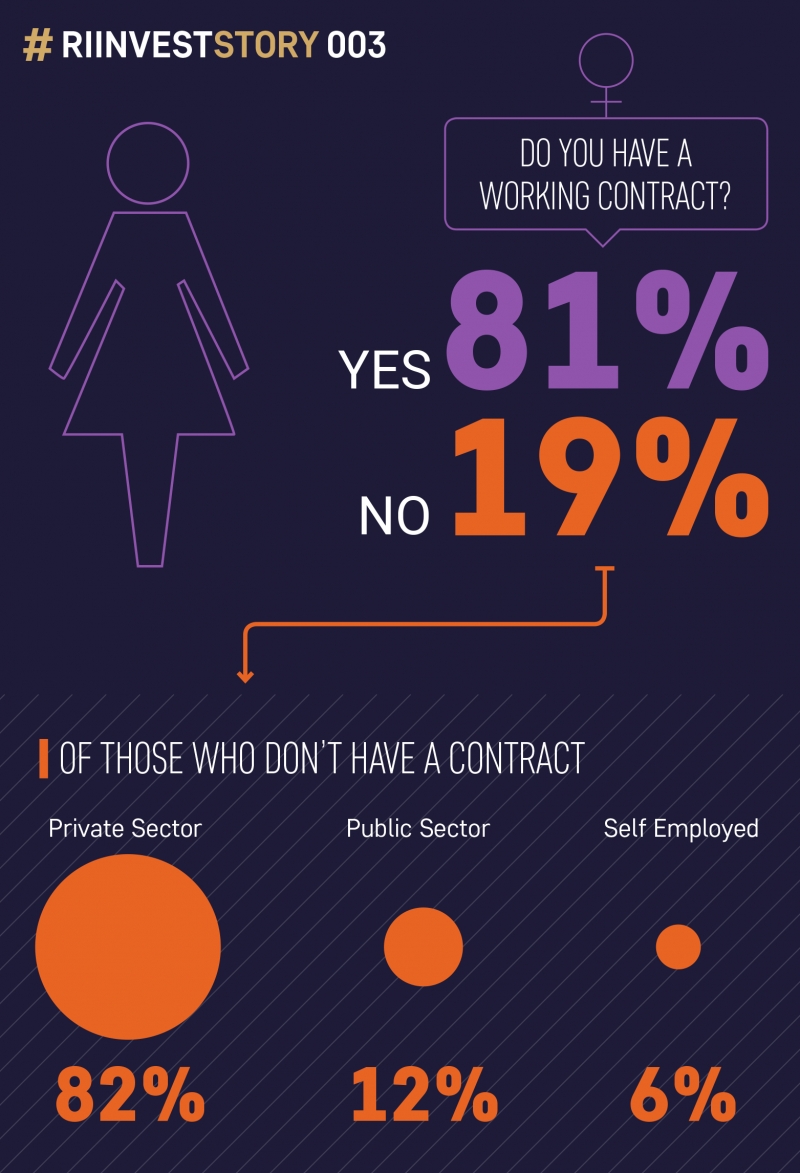 Globally, women are more likely to be subjected to vulnerable work – that is, more likely to participate in the informal economy, work in jobs that are not in full compliance with the labor practices, or in work that is unstable. The International Labour Organization - ILO, defines vulnerable employment as “the sum of the employment status of groups of own account workers and contributing family workers.”[1] In Kosovo, according to the Kosovo Agency for Statistics, around 23 percent of the employed work in vulnerable work. Out of these, however, men are more likely to be employed in unstable work, with 24 percent of employed men reporting being employed in vulnerable employment, compared to 19 percent of employed women. 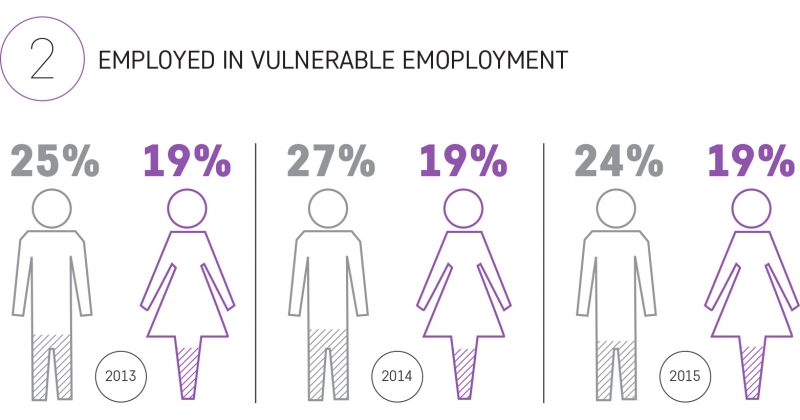 Albeit here, men represent a higher percentage of those who lack job security, this disaggregation shows only those that fit the ILO definition of vulnerable employment. In a more general context, lack of job security includes working without contracts, paid less than the minimum wage rates, not subject to legal provisions of work – such as paid holidays or sick leave, as well as not being paid overtime rates. Moreover, employees in precarious employment face lack of protection in their work as well face difficult conditions. Including these provisions in the analysis, Riinvest data shows that around 19 percent of employed women do not have a working contract with their current employer, out of which more than 81 percent are employed in the private sector. 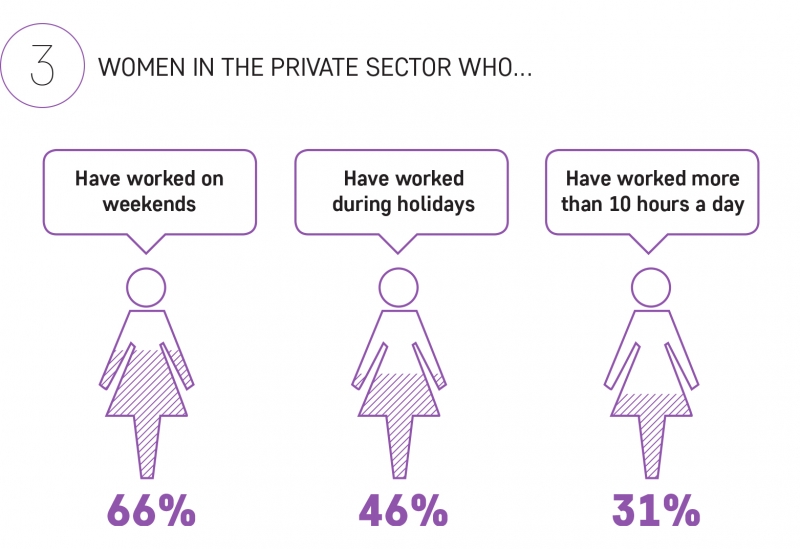 While the private sector remains the biggest employer in Kosovo, it is also the sector that shows the least compliance with the Labor Law and those employed in this sector are most likely to face unstable and vulnerable work. This is especially true for women, who are not only more likely to work in vulnerable conditions, but also not to receive compensation for this work as is foreseen by the law. Based on Riinvest data, around 31 percent of women working in the private sector have worked for 10 or more continuous hours a day, 46 percent of women have worked during official holidays and 66 percent of women in this sector have worked during weekends.

Of these women who have worked beyond the official working hours, 60 percent have never received any sort of compensation, especially of days off or overtime pay. 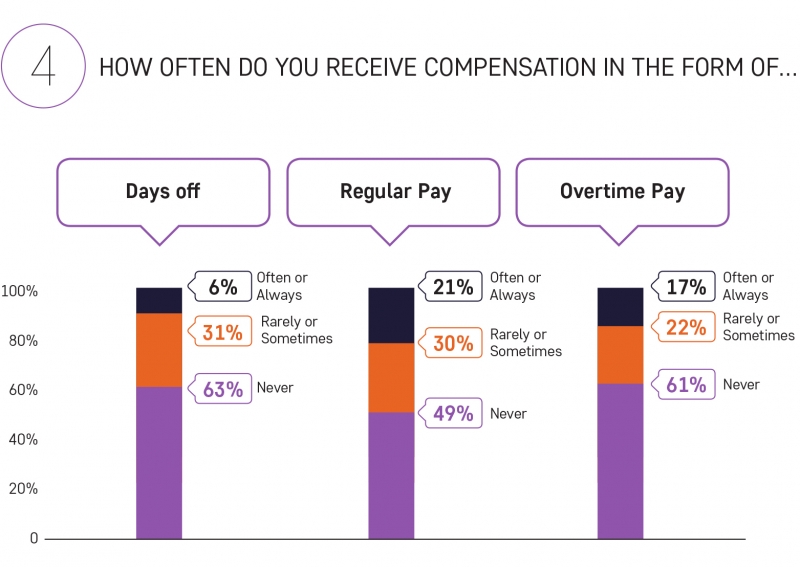