In order to evaluate the overall situation of the private sector in Kosovo, Riinvest Institute this year has conducted a survey with 600 businesses, mainly small and medium enterprises. According to the survey results, there is a relatively good impression as far as perception about the overall business environment is concerned. Surveyed companies have assessed in terms of intensity the impact of 23 different barriers on their business activity. Such barriers include different issues such as legal, institutional, fiscal, financial, infrastructure, etc. Intensity points range between 20 and 100, where the intensity show the level of negative impact of barriers in businesses in the fiscal year 2016.

As the figure 1 illustrates, the intensity of barriers is moderate which implies a moderate impact of these barriers in business activities. If we further disaggregate the data at the sector level, we can see that businesses in manufacturing industry on average have assessed all barriers with higher intensity as opposed to other sectors of the economy. In general, businesses that operate in different service sectors have considered as less serious the impact of barriers on their business activities. 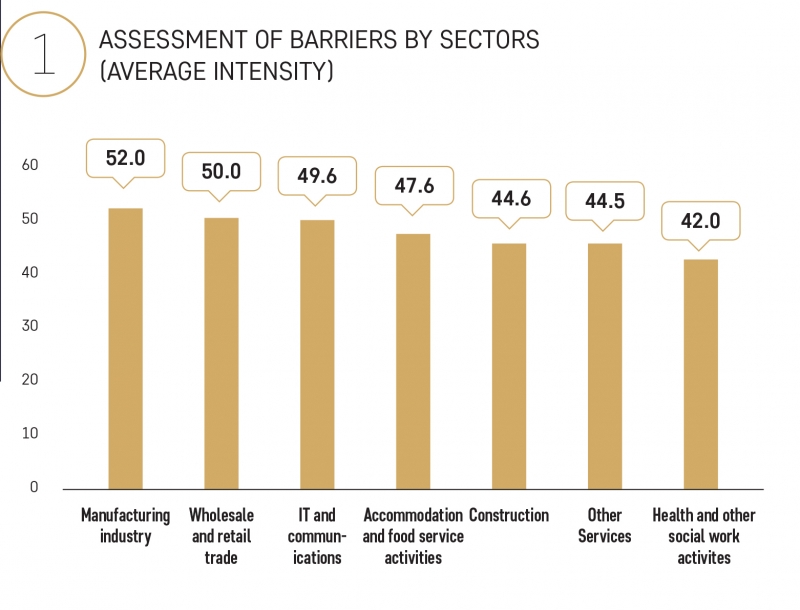 Ranking of barriers according to their impact on business activities, vary also by business size.  Large enterprises have ranked “Crime and theft”, “Security and political stability”, and “Access to finance” as top-three main barriers. It is important to mention that “small market size” (limited demand in the local market) is one of the three main barriers for micro, small and medium enterprises. 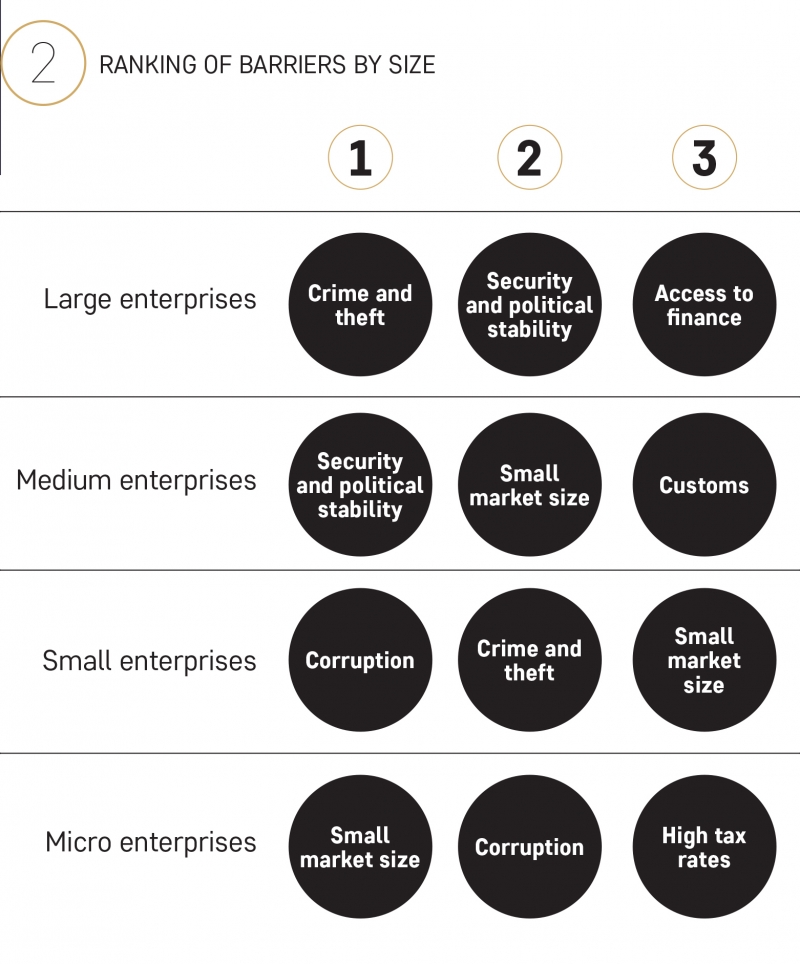 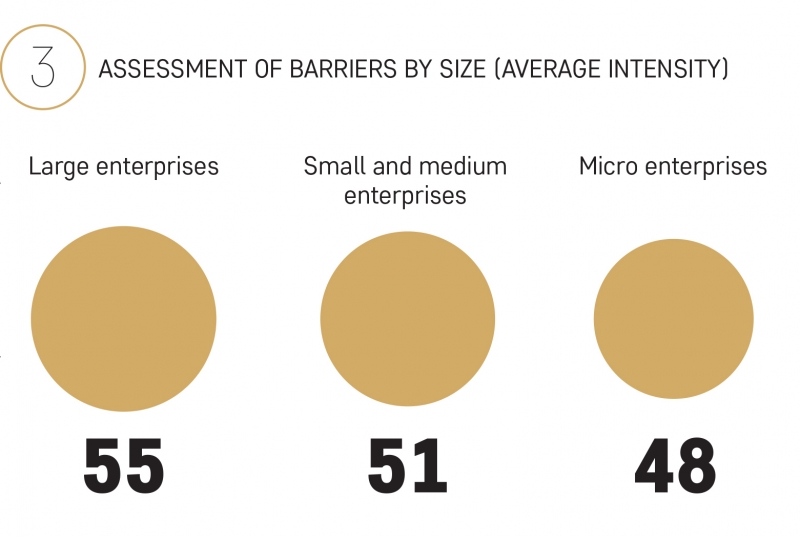 If we compare the data with year 2013, we can see that there is an improvement in the intensity of barriers that affect businesses development in Kosovo. It is important to emphasize that financial barriers (access to finance, cost of funding) that were considered very serious in 2013 are being perceived as moderate-intensity barriers in 2016. 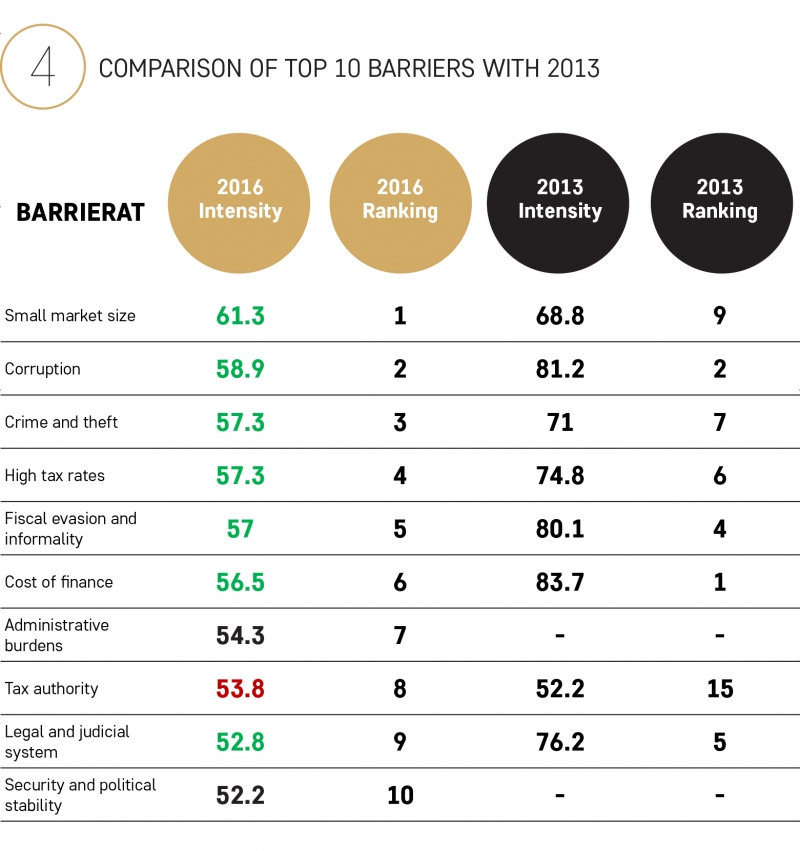