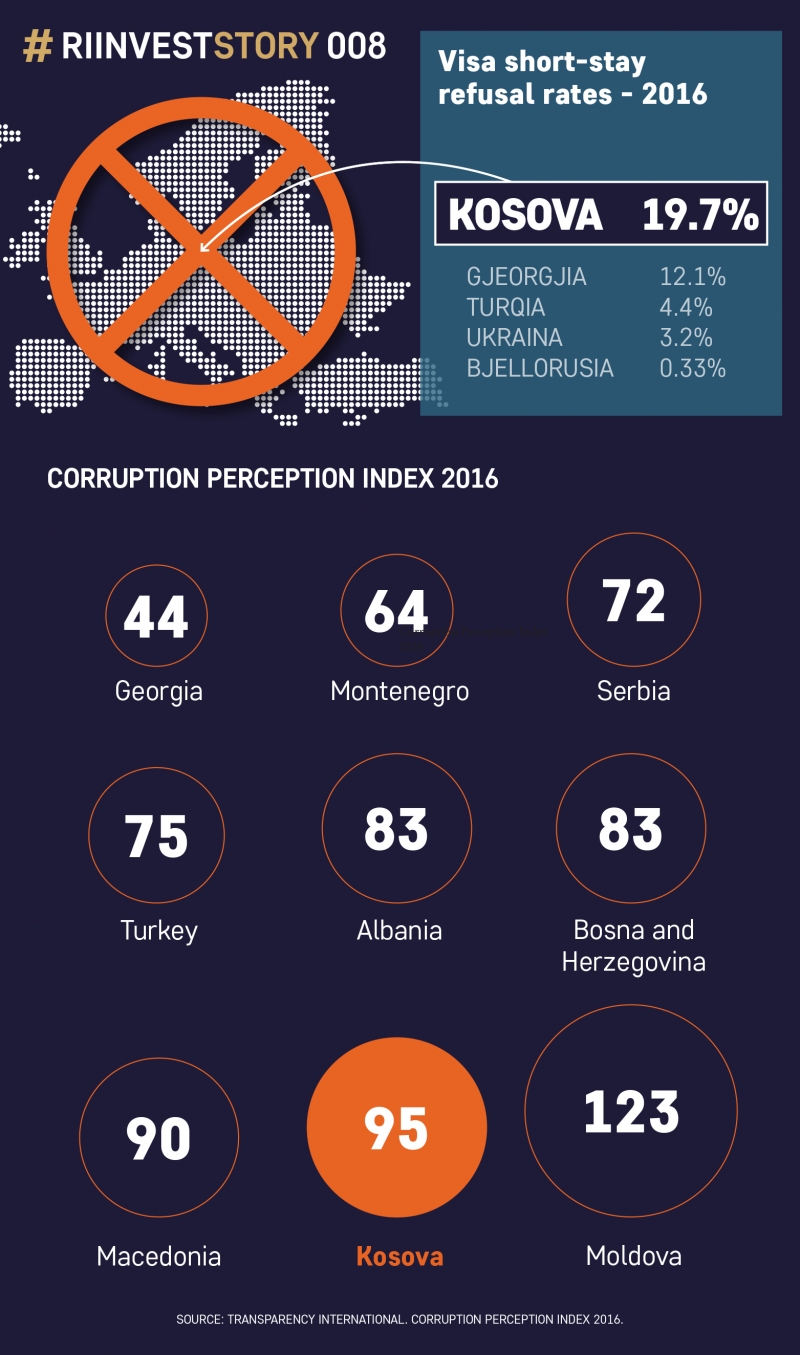 Kosovo together with Belarus, Russia and Turkey are the last countries in Europe without visa liberalization to travel freely inside the Schengen Area. In recent years, Moldova, Ukraine and Georgia received visa liberalization from European Union. Georgia is regarded by EU as a stellar reformer, especially for a country that has gone through a war just nine years ago, whereas Ukraine and Moldova are countries regarded by EU as being especially prone to russian agreesion and interference. These three countries have deep cultural and historical ties with some EU member states, namely, Romania, Poland, Lithunia, Latvia and Estonia. Unlike these countries, Kosovo faces indifference and persistent opposition from some countries in the EU that do not recognize Kosovo as an independent state. But, aside from the idle rhetorics of Kosovo’s politicians about visa liberalization, how does Kosovo stand in the statistics of Schengen countries?

According to Transparency International, Kosovo is not a success story in the fight against corruption, but neither Ukraine nor Moldova are countries where the fight against corruption has been successful, they perform even worse than Kosovo in this area, and apart from Georgia all countries in EU neighbourhood and Western Balkans have major problems with corruption and the rule of law. Nevertheless, from all these countries, Kosovo has received the most visa apllication rejectionsfrom EU Schengen states.

Kosovo places as one of the top countries for Schengen visa applications. Schengen states that receive most applications from Kosovo are Germany and Switzerland, while for countries such as Ukraine, Georgia and Moldova, the countries where the citizens of these countries apply to are mainly Poland, Lithuania and Italy.

Looking at these data we can see that Kosovo does not stand well regarding the fight against corruption, it has the highest level in the region for visa refusal rate and up to last year it also had the highest level of asylum-seekers in EU from the countries in the region and EU neighbourhood. Statistics play a very important role in EU decision making, and while Kosovo does not apply a decent foreign policy, then the Kosovars can only hope for better days when their country is not at the bottom ranking and at least in one of these areas shows that it is a true reformer. 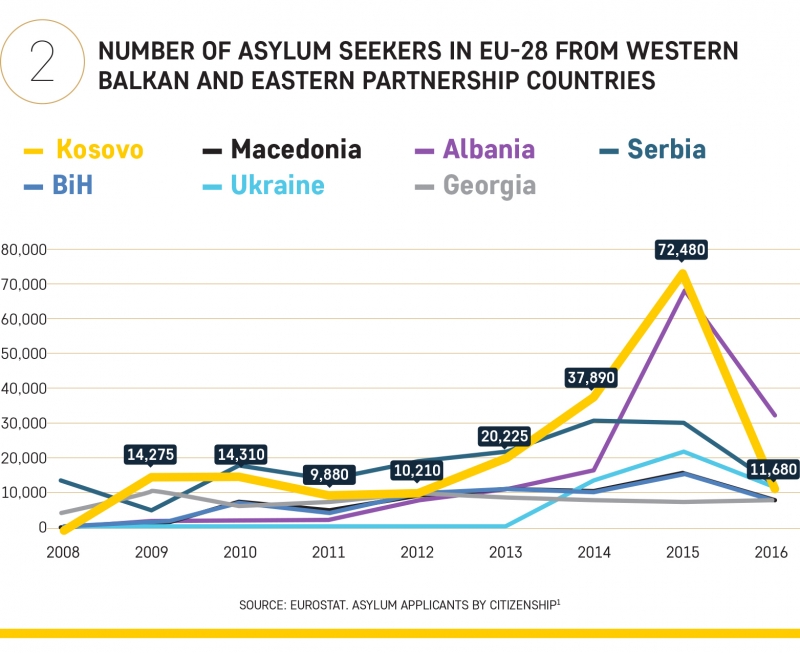 [1] These data also include other countries of the European Union that are not members of the Schengen area.