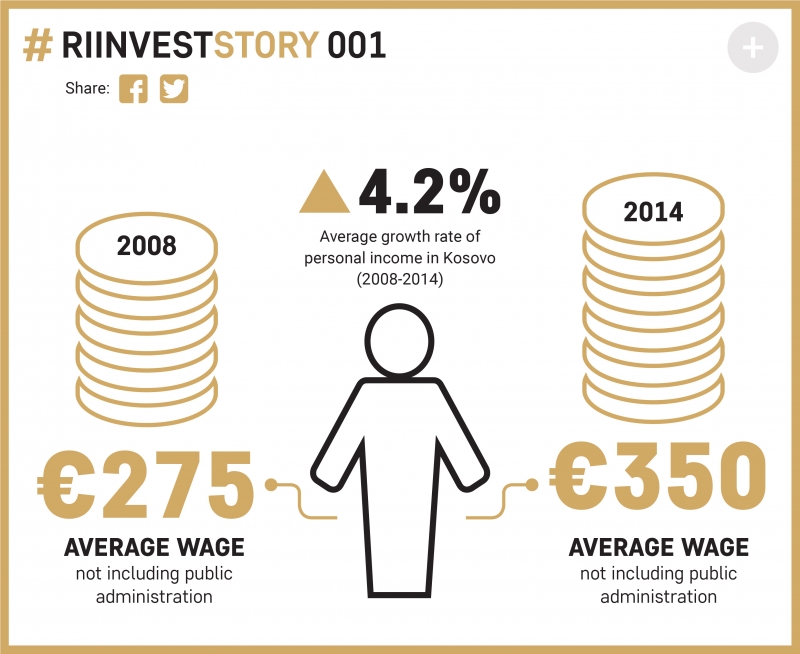 “Economic growth doesn’t always lead to bigger pay packets. But it helps!” This is how it starts an article published few days ago in the prestigious magazine “The Economist”, which aims to describe in few words the relationship between economic fluctuations and personal income.

Similarly, upon this hypothesis we can also analyze the report between personal income at the economic sector level and performance in respective sectors, especially in pro-cyclical sectors, such as manufacturing and construction.

The data published by Kosovo’s Agency of Statistics (KAS) for the period 2008-2014, more or less confirm the assumption in the above mentioned article. During this 7 year period, personal income have increased in almost all of the sectors reported according to the statistical nomenclature of classification of economic activities in the European Community – NACE. The average growth rate of personal income in Kosovo during this period was 4.2%, almost as much as the average overall economic growth rate for the same period. Average wage in Kosovo, not mentioning public administration, in 2008 was €275, while seven years later it reached around €350.

But let’s have a look at the sectors separately. According to KAS data, Wholesale and retail constitutes the largest sector as far as the number of active enterprises or overall turnover is concerned. Furthermore, one third of the formal employees belong to this sector. Nevertheless, the size of the sector is not necessarily positively correlated with personal income. Always referring to the same source of data, Information technology and communications regardless of being one of the smallest sectors, is considered as the most attractive sector in terms of personal income. The average wage in this sector during 2008-2014 period was €778, or three times higher compared with Wholesale and retail. They are followed by the Mining and Energy sectors where average wages during this period were €423, respectively €550. It is worth mentioning that in these data the Agriculture sector were not included. Due to the high level of informality, the exact number of employees in this sector is unknown, as well as the income they generate. The data from the agriculture registration in 2014 indicate that nearly 20% of all employees belong to the agriculture sector. 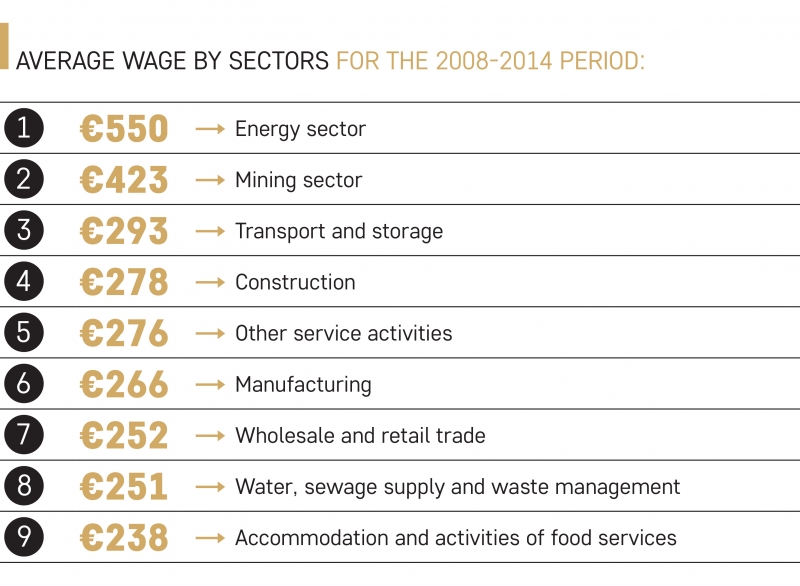