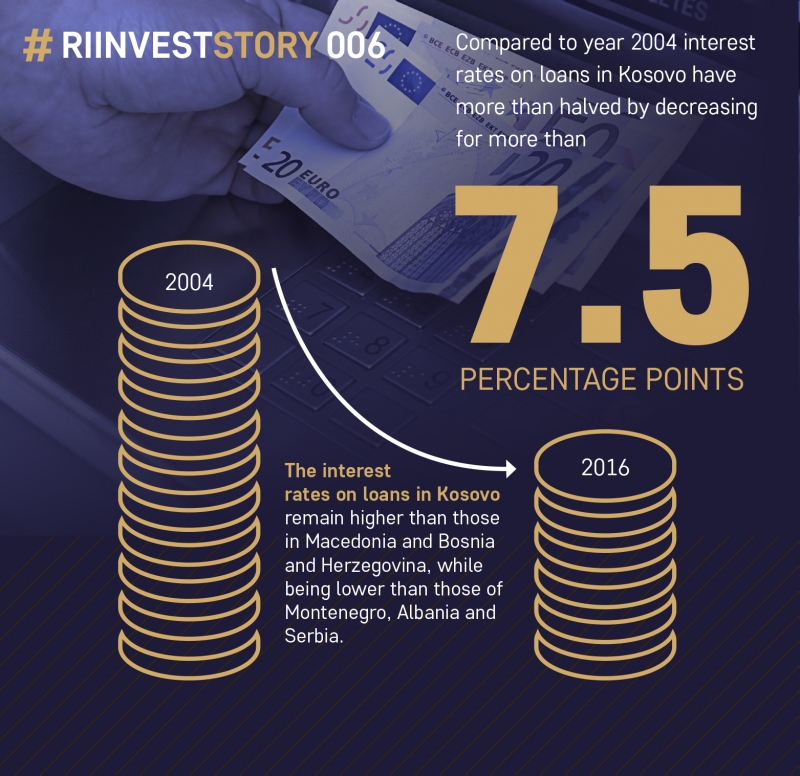 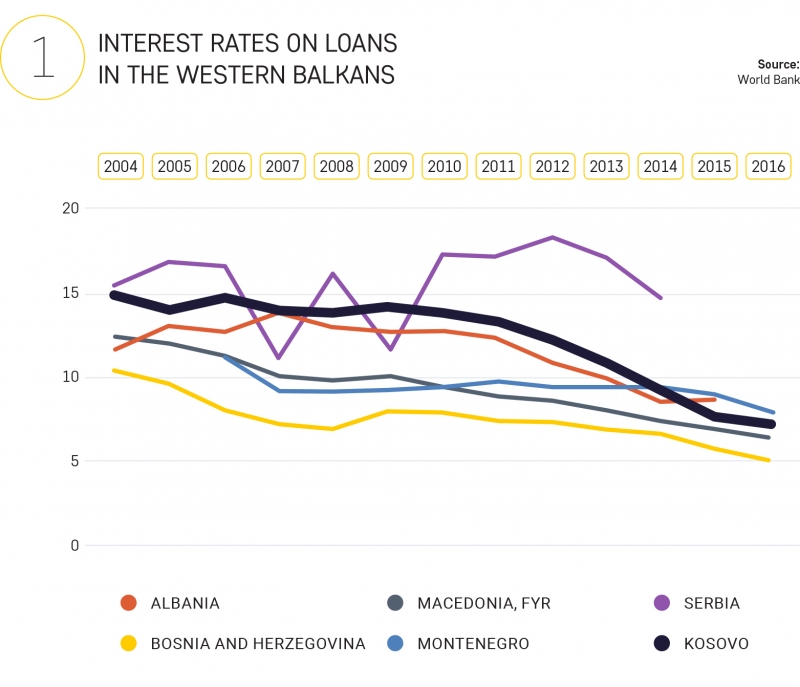 Regarding the interest rates on deposits, Kosovo has the lowest rate compared to the countries in the region, however the narrowing of the interest rate spread (i.e. the difference between interest rates on loans and deposits) was the highest during this period. The increase of precautionary measures when issuing loans, strengthening oversight mechanisms by CBK and the addition of instruments to facilitate the enforcement of contracts have resulted in the reduction of non-performing loans rate. This may also reflect customer self-selection to getting a loan and accelerated growth of loans volume. However, non-performing loans rate in Kosovo is the lowest in the region and stands at 6% (Figure 2). Also, this rate has been significantly decreased in recent years after the increase of non-performing loans rate in 2013, when it stood at 8.5 percent. Therefore, Kosovo continues to have the highest quality of loan portfolio from Western Balkan countries. 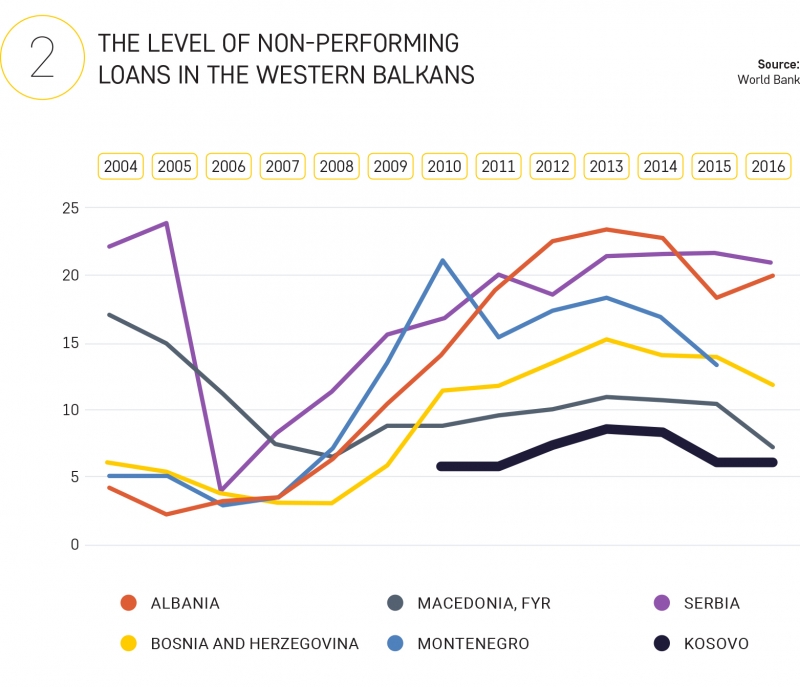 In general, the banking industry in Kosovo has significantly improved its performance by improving its main indicators. However, further improvements of the mechanisms for enforcing contracts, improving borrowers’ financial reporting, continuous decrease of the level of concentration in the industry, in addition to lowering administrative costs, would enable further improvement of the financing conditions in Kosovo.