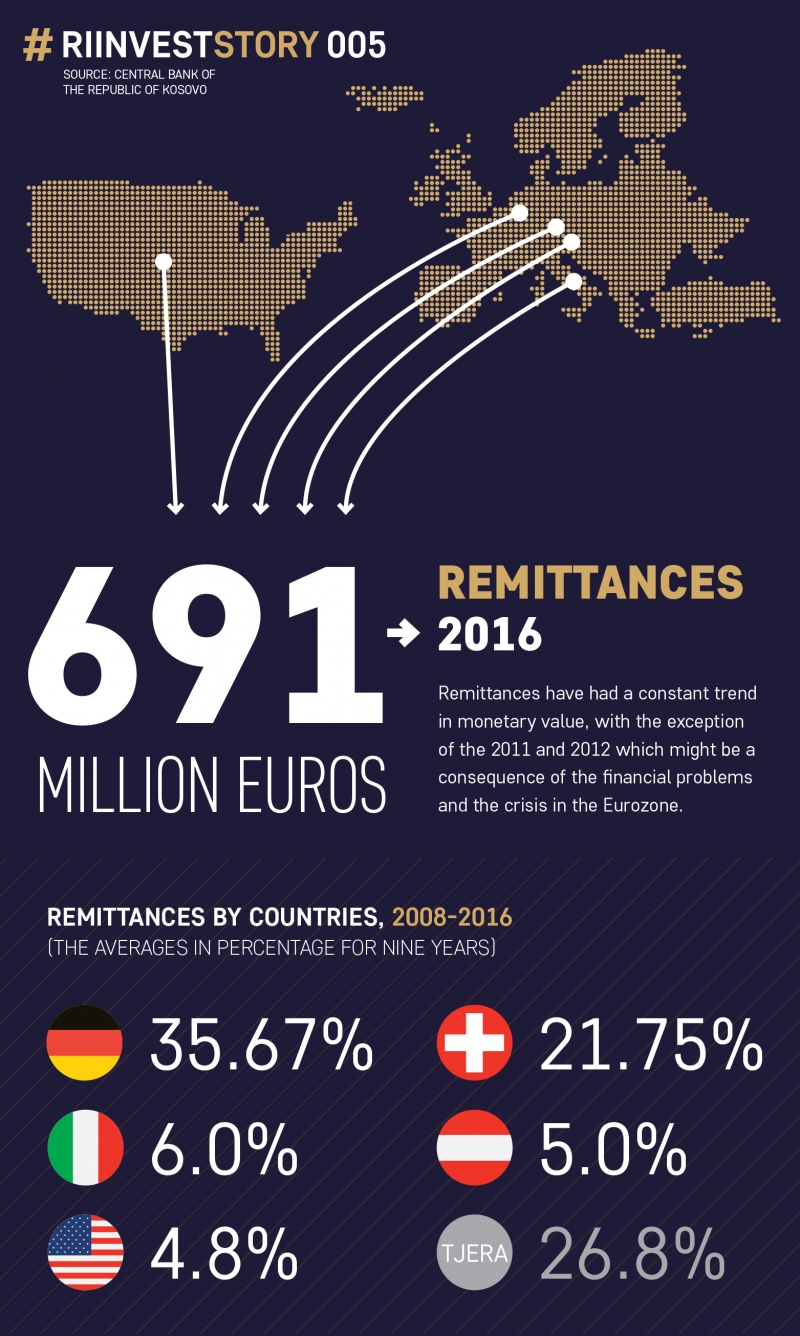 Kosovo ranks in the top five countries in Europe with the highest percentage of remittances with 16% as a share of Kosovo’s GDP for 2015. Kosovar diaspora registration is still going on and the results are expected in the following months. Nevertheless, based on the remittance statistics, most of which come from countries where Kosovo has a large diaspora like Germany, Switzerland, Italy or Austria, Kosovo continues to be supported by remittances coming from these countries, this in itself a common feature for developing countries and countries with large diasporas. Kosovar diaspora is found mainly in the most developed countries with strong economies, a fact that helps keeping remittances stable over the years. Remittances have had a constant trend in monetary value, with the exception of the 2011 and 2012 which might be a consequence of the financial problems and the crisis in the Eurozone from where remittances mainly come to Kosovo. Year 2016 saw the highest amount of remittances for Kosovo with 691 million euros. 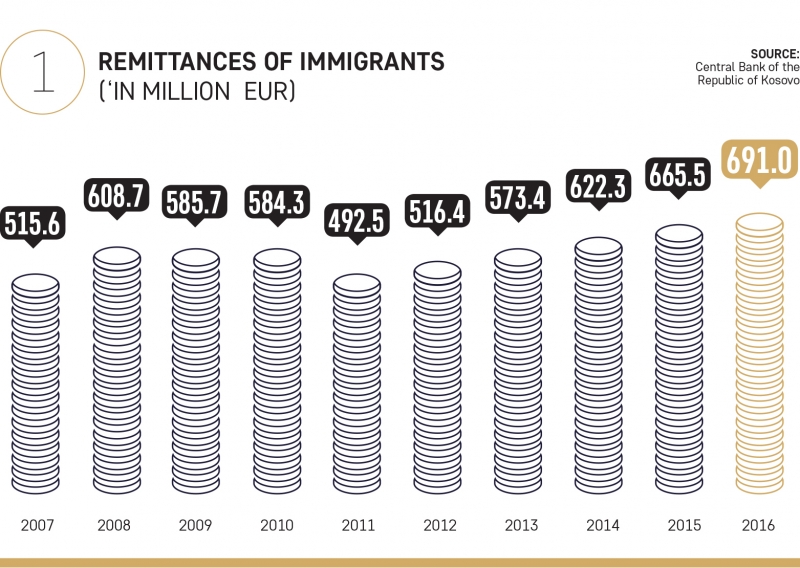 From the table above, we can see that the majority of remittances in percentage, over one third, come from Germany, something that is also mirrored in the supposed number of the largest diaspora that Kosovo has abroad. The other share of remittances come from Switzerland, Italy (with a declining rate in last years), Austria, USA (with an increasing rate in the last years) and other countries like Belgium, Sweden, UK, Finland, etc.

Although the Government has made a commitment to integrate the diaspora in the economic, political and social life in Kosovo, the utilization of this sector of the population has not yielding tangible results. The great strength of the Kosovar diaspora should be channeled in better utilization where they should be encourage to invest in Kosovo and to participate in the increase of foreign direct investments. This presents the possibility for diaspora to be an integral part of the development of Kosovo in the following years and decades.