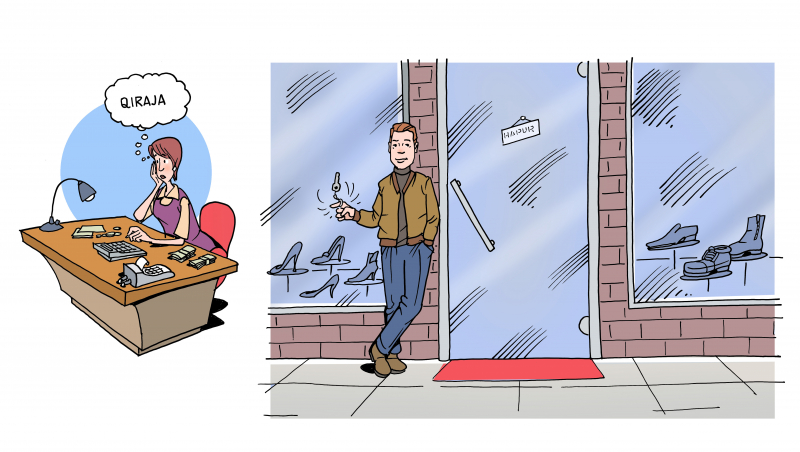 In the continuous efforts for more vocal and efficient advocacy, Riinvest Institute has published two animations, part of the project “Women Economic Forum”. The main findings of the study report’s “Women’s Entrepreneurship” and “Women in the work force”, are presented also in an animated form.

With the help of two fictional characters, Zana and Ariana, the first animation “Women in the work force”, reveals the main differences between women employed in the public and private sector in Kosovo.

Meanwhile, the second animation “Women’s Entrepreneurship”, reveals the main differences between women and men entrepreneurs in Kosovo’s economy, which derive from Riinvest’s study report with the same name.

Animations were made possible by the Engagement for Equality (E4E) Program, funded by the United States Agency for International Development - USAID and implemented by Advocacy Training and Resource Center ATRC, as well as the German Cooperation through GIZ. The contents are the responsibility of Riinvest Institute and do not necessarily reflect the views of ATRC, USAID, the United States Government, German Cooperation, or GIZ.