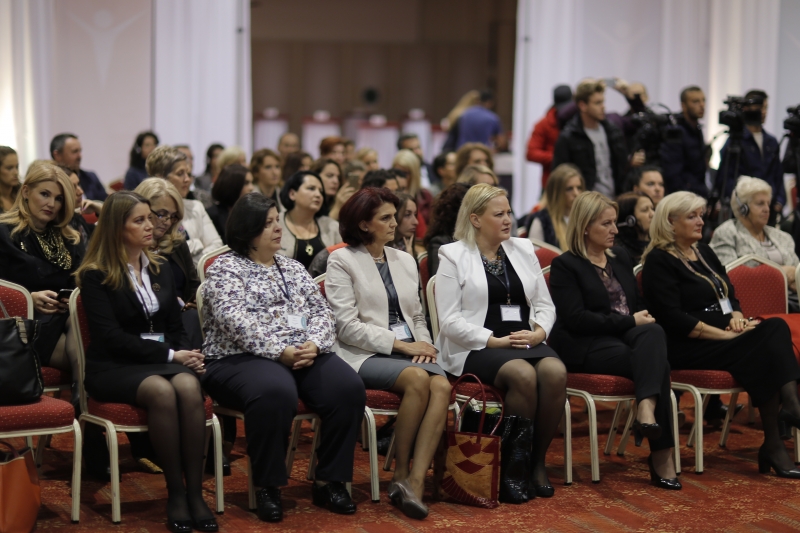 Riinvest Institute organized the inaugural event of the project “Women Economic Forum,” the main goal of which is the enhancement of women’s position in business, both as employers and employees at the same time, through the establishment of a common advocacy campaign for the issue in question, as well as the development of a national agenda which takes into consideration the engagement of women in business and economy.

The event marks the formal inception of the WEF in Kosovo, an independent body, which will gather around itself stakeholders, organizations and individuals of society that have an interest, play an active part and are engaged in the development of women in economy. The Forum will be jointly founded by organizations that are actively involved in improving the position of women in Kosovo.

The Forum, was opened by Dita Dobranja, researcher at Riinvest Institute, who on her opening remarks thanked the participants for their presence, and invited Riinvest’s executive director, Lumir Abdixhiku for a speech. 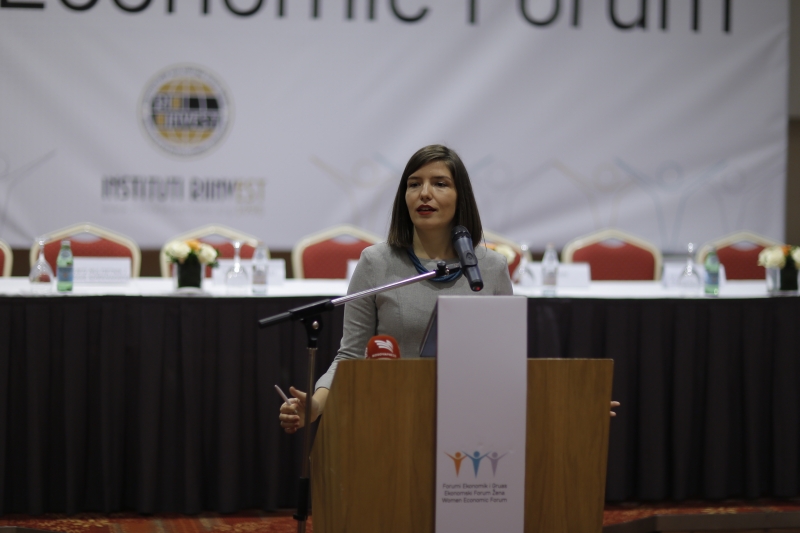 In his opening remarks, Abdixhiku focused his speech in the poor position of women in the economy, putting an emphasis on the huge difference in statistics regarding employment and salary, when compared to men. He also, pointed out many challenges which businesses in Kosovo face, as a result of corruption, the lack of the rule of law, and as a result end up with a lack of equal representation of our citizens. Further, Abdixhiku added that during the last 21 years of our organizations existence, we understood that the largest inequality has a gender character, since women are multiple times more unemployed than men. 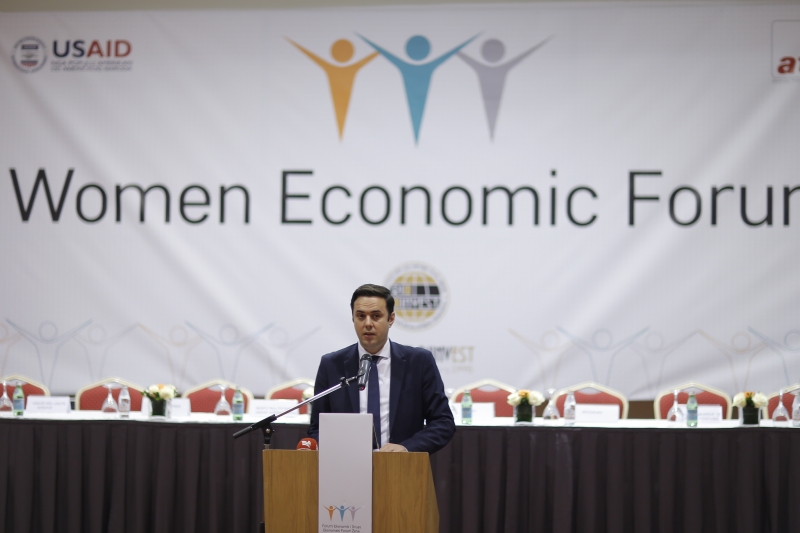 Meanwhile, after Abdixhiku, the Ambassador of the United States of America in Kosovo, Greg Delawie, in his opening remarks cited former Kosovo President Atifete Jahjaga, saying that while investing on women, a country invests in children and their future. Ambassador Delawie, declared that he feels extremely proud, together with the USAID, to be supporting the Forum, emphasizing once more its unreserved support. 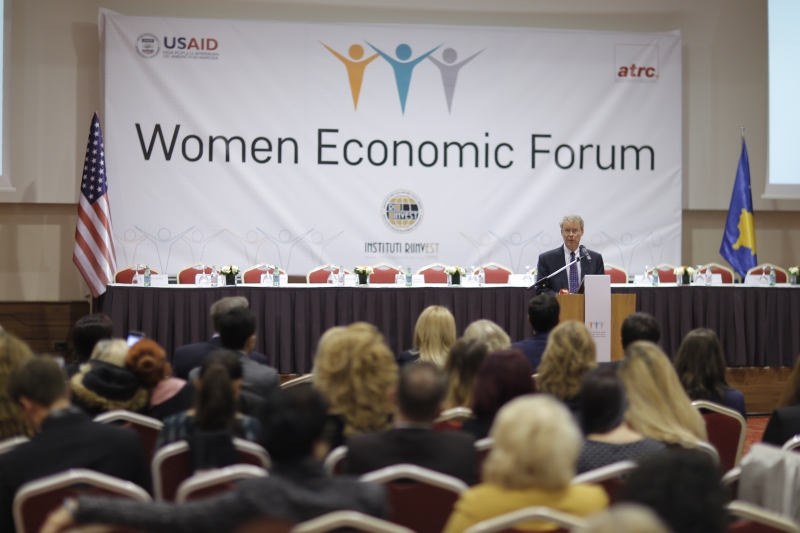 Greg Delawie, US ambassador in Kosovo

The Minister of Trade and Industry, Hykmete Bajrami, on her speech expressed Kosovo’s government’s utmost support to Forum, declaring that very soon the Women’s Economic Forum will become a full member of Kosovo’s National Council for Economic Development, and according to her as soon as the national women agenda will be ready, it will be incorporated in the Strategy for the Development of the Private Sector. 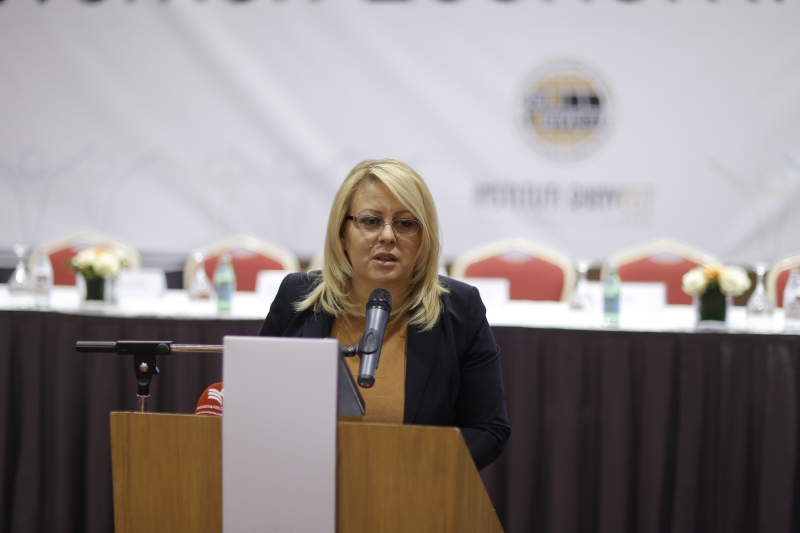 The Forum was closed with the signing of the declaration of cooperation of the Women’s Economic Forum, from the 11 founding organizations of the Forum. The founding members are: Riinvest Institute, Kosovo Women’s Network, SHE-Era, Kosovo Women for Women, Women in Business, Kosovo Women’s Chamber of Commerce - G7, Kosovar Gender Studies Centre, Dera e Hapur, Liria – Gjilan, Multiethnic Network of Women Entrepreneurs and RROGRAEK (Network of Roma, Ashkali and Egyptian Women’s Organizations of Kosovo). 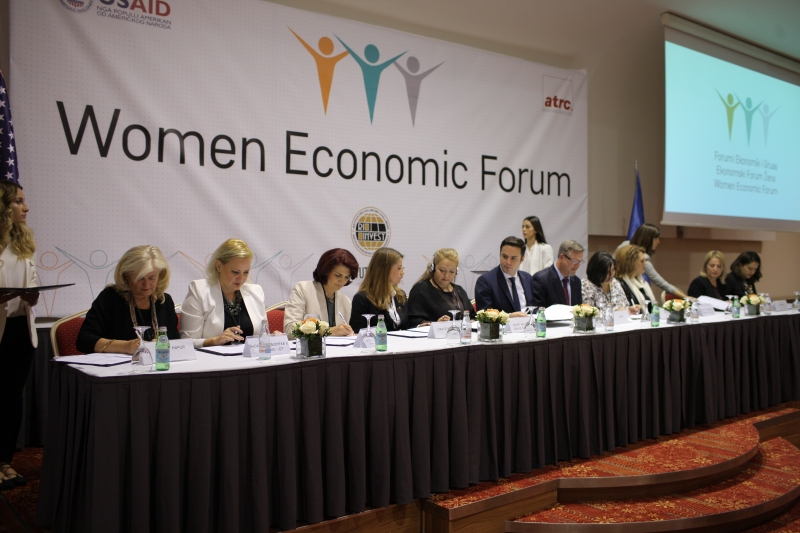 This project is supported by ‪‎Engagement for Equity Program - E4E, financed by United States Agency for International Development – USAID, and implemented by Advocacy Training and Resource Center -ATRC. 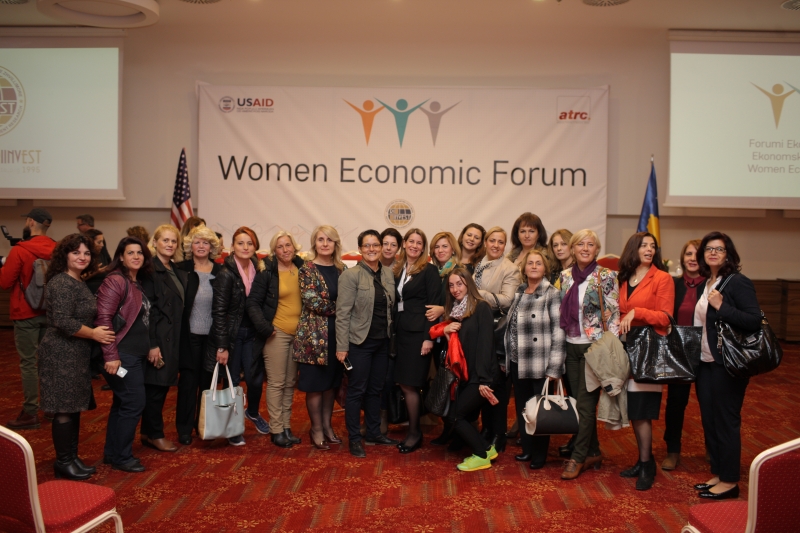