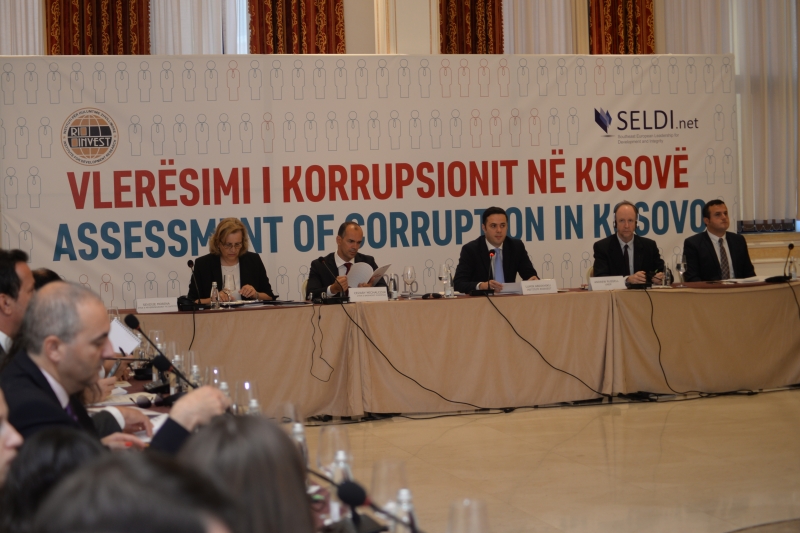 Assessment of Corruption in Kosovo

High international and local institutional representatives in Kosovo, discussed in the roundtable discussion “Assessment of Corruption in Kosovo”, organized by Riinvest Institute, as a partner organization in the Southeast European Leadership for Development and Integrity (SELDI), and also as a very important advocating topic of Riinvest, in its battle against corruption.

The roundtable discussion was opened by Lumir Abdixhiku, executive director of Riinvest Institute. In his opening speech, Abdixhiku mentioned that the phenomenon of corruption for which we are gathered to discuss here today, is not a new topic for Kosovo. “It is proven that the fight against corruption, not only in Kosovo, but also in other countries with same development characteristics is a highly difficult mission to achieve, due to the active dynamic change of corruption and the complex situation of institutional building. Therefore, Riinvest Institute as a part of the Southeast European Leadership for Development and Integrity (SELDI), is part of the joint mission to create a dynamic and capable civic society, to affect the process of decision making in the field of anti-corruption and good governance, in the region – concluded Abdixhiku. 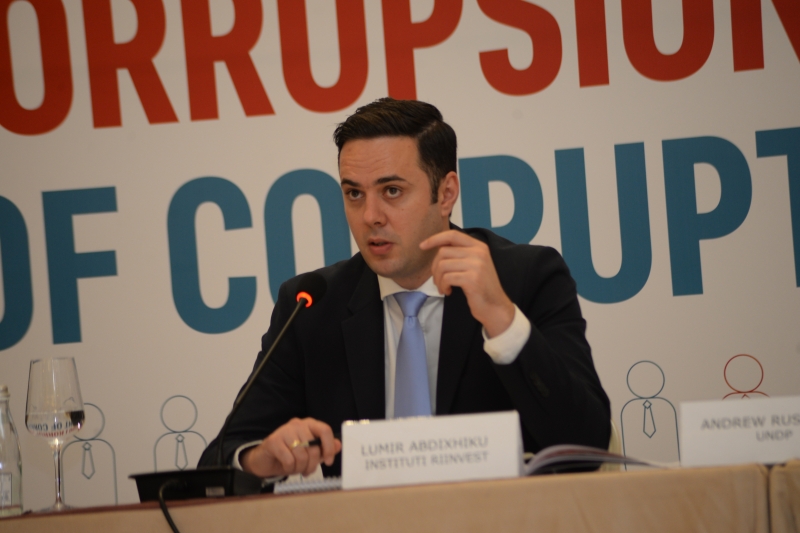 Meanwhile, the findings from the survey conducted with 1000 respondents regarding the level of corruption in the country, were presented by Enisa Serhati, researcher at Riinvest Institute. According to Serhati, the level of corruption in Kosovo, remains high and citizens are generally disappointed, while a growing percentage of the population has lost the trust in the opportunity of reducing substantially or eradicating corruption. Meanwhile, according to findings of the survey presented by Serhati, Kosovo’s citizens are becoming more tolerant towards corruption. According to the results, almost one in two citizens admit corruption as a form of functioning of the institutional processes.

Enisa Serhati - Researcher, Presenting the findings of the study report

After the findings from the survey were presented, Cezary Michalczuk, Head of Rule of Law - Legal Section at the EU office in Kosovo, was the first panelist to discuss. According to Michalczuk, the topic of corruption is a highly important issue for the EU office in Kosovo. EU office has many projects, through which it supports different local institutions, as the prosecution, judiciary, police, non-governmental organizations, and others, declared Michalczuk. 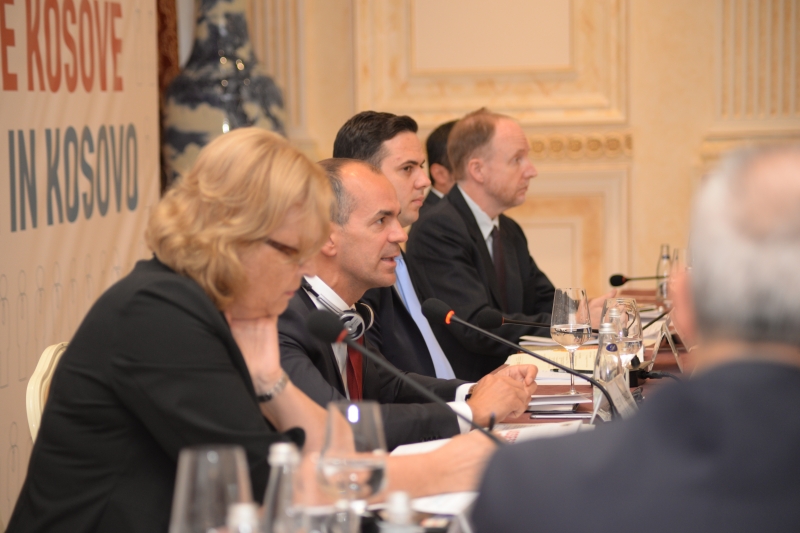 Cezary Michalczuk, Head of Rule of Law at EU office in Kosovo

Meanwhile, Sevdije Morina, State Deputy Prosecutor, declared that the institution of prosecution in Kosovo, has the willingness to fight corruption, but it lacks human capacities and it has budgetary limitations. According to her, the crime trend has been grown in an enormous way, therefore the number of prosecutors should be increased.

As a panelist, Andrew Rusell, United Nations Coordinator - Development Programme Resident Representative in Kosovo, was also present. According to him, corruption is more of a system than an act that someone does. Therefore, the failure to understand the interaction between different factors of the system, is a failure to address it.

In the last part of the discussion, participants discussed regarding the level of corruption in Kosovo, and the means of fighting it.

Riinvest Institute’s executive director, Lumir Abdixhiku, declared that the negative perception of the citizens towards the fight against corruption, could be improved only by bringing before justice, high level figures that are involved in corruption affairs, and also by following positive practices of institutions such as Kosovo’s Police and FSK. 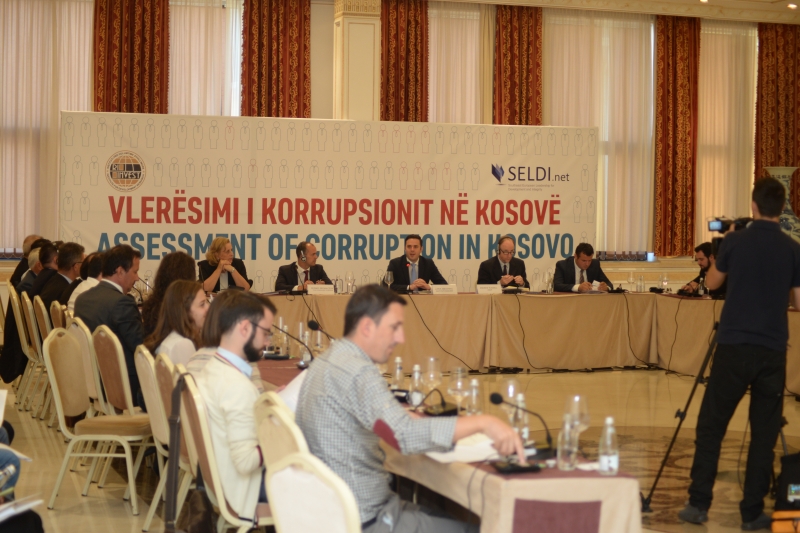 The round table marked an important milestone of Riinvest Institute’s four year mission of assessing corruption and advocating against it, as a lead partner from Kosovo in the Southeast European Leadership for Development and Integrity (SELDI). SELDI is an anti-corruption coalition of seventeen civil society organizations in Southeast Europe that aim to establish a region-wide institutional framework for public-private cooperation in countering corruption.