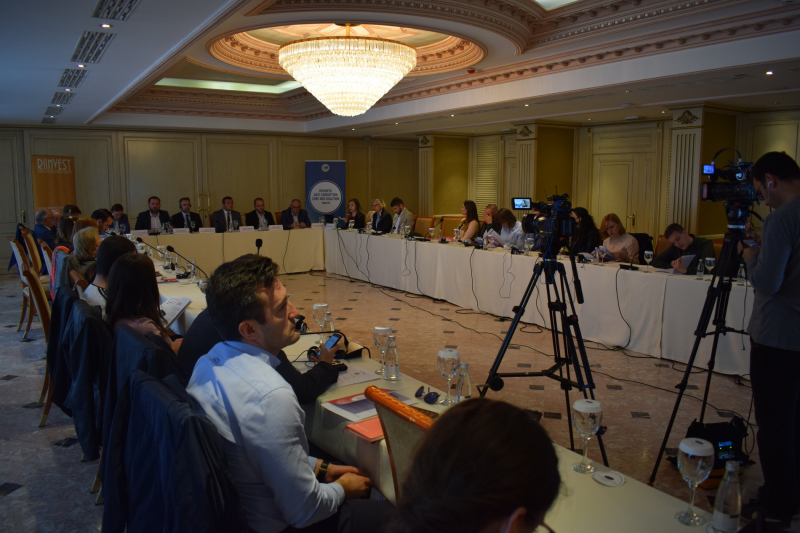 In the roundtable event “Corruption from the supply side”, organized by Riinvest Institute, were presented and discussed findings that came out from a survey with 500 businesses from all over Kosovo.

The event was opened by Alban Hashani, executive director of Riinvest Institute. On his opening remarks, Hashani explained that Riinvest Institute is implementing the project titled "Business Anti-Corruption Code and Coalition" which is part of the "Civil society programme for Albania and Kosovo" financed by the Norwegian Ministry of Foreign Affairs and managed by the Kosovar Civil Society Foundation (KCSF) in partnership with Parterns Albania for Change and Development (PA); with the aim of increasing the awareness of key stakeholders in business community in Kosovo, in the importance of developing ethic principles to reduce corruption, and bribe-giving by businesses (from the supply side of corruption). 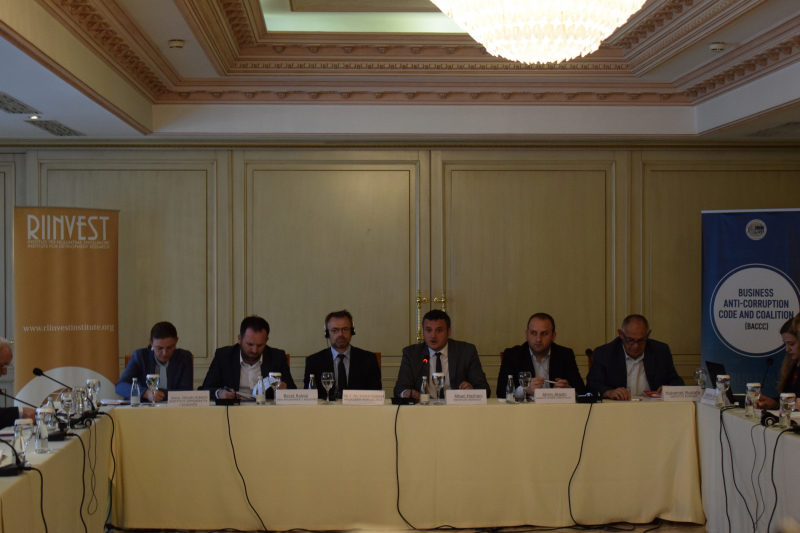 Further, Hashani added that until now in public discussion, the main focus when corruption was treated was in the demand side, however according to him it is important that corruption is studied from the supply side. Hashani declared that the report presented in the roundtable event is only a part of this project, which will be closed with the signing of the Code Against Corruption, from main business associations and leaders.

Meanwhile, the Ambassador of Norway in Kosovo, Per Strand Sjaastad, expressed the support of the Norwegian country in rule of law and the war against corruption. 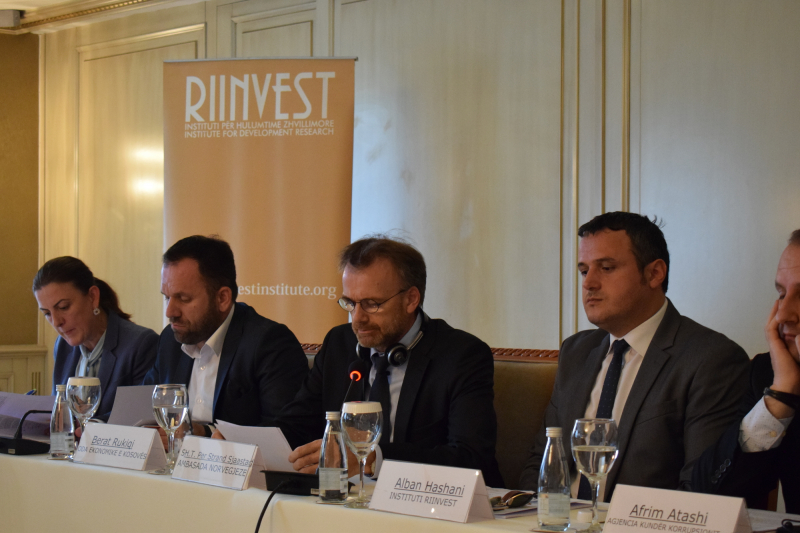 “Every country that wants progress and a free and a just society, should make the rule of law number one priority, and I believe that the Riinvest projects fits very well into this agenda,” declared Sjaastad. According to him, if there isn’t an appropriate implementation and a change of mentality, a powerful legislation is not enough to fight corruption.

The findings of the study were presented by Diellza Gashi Tresi, advanced researcher at Riinvest Institute, and co-author of the study. “The general perception of the 500 surveyed businesses shows that there is a consensus that corruption in the Kosovar society is quite widespread, with the main focus in central institutions, public procurement, and in obtaining building permits and licenses” declared Gashi. 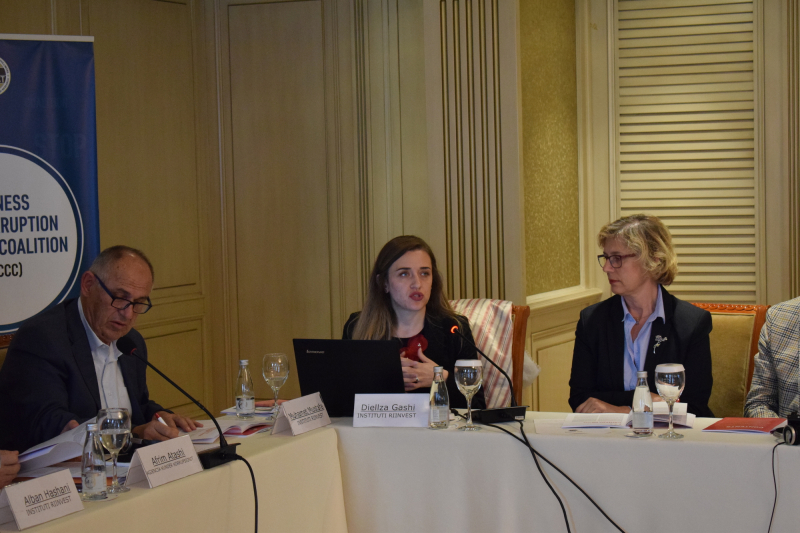 Further, she added that two thirds of the business consider that there is no service that is related with public institutions that can be obtained without giving bribe. However, only half of the businesses surveyed consider that corruption is spread in the sector where they operate, declared Gashi. Further, businesses think that around 25% of companies in their sector are involved in corruption affairs. Only 36 businesses, or around 7% of surveyed businesses declared to have accepted requests for bribery by public officials, in exchange for a service or a problem to be solved, and only 10% have reported the cases to the competent authorities. Moreover, 40% of the surveyed declared that nothing happened with the officials who were reported. On similar lines, 26% of businesses declared that there is no meaning to report the officials which were caught being involved in corrupt practices, and were not properly convicted; showing this way that businesses believe that penalties for corruption are not adequate, declared Gashi. 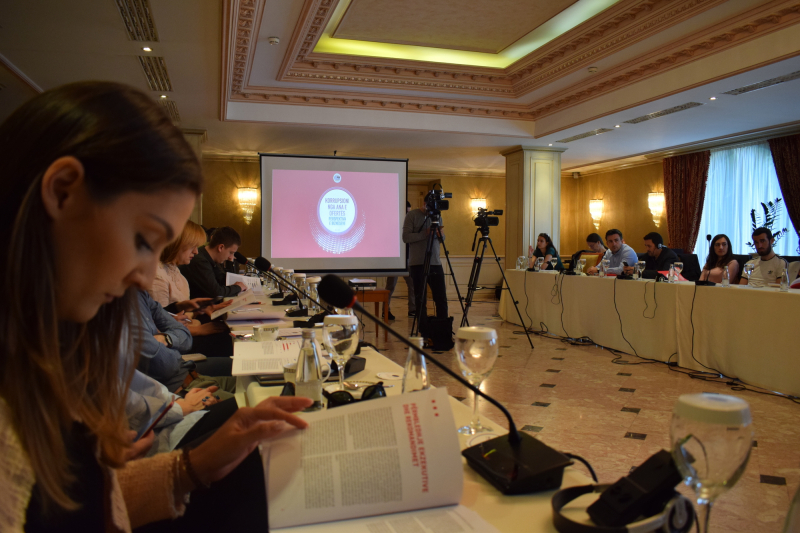 Muhamet Mustafa, senior consultant at Riinvest Institute, declared that it is concerning that two third of surveyed businesses think that bribery should be given to obtain any kind of service or product in official institutions. As a preventive measure towards corruption, Mustafa mentioned one of the recommendations of the study that says that businesses which are involved in corrupt affairs, should be excluded from procurement procedures for a ten year old procedure.

The head of Kosovo’s Chamber of Commerce, Berat Rukiqi, declared that the findings that come out of this study are concerning. 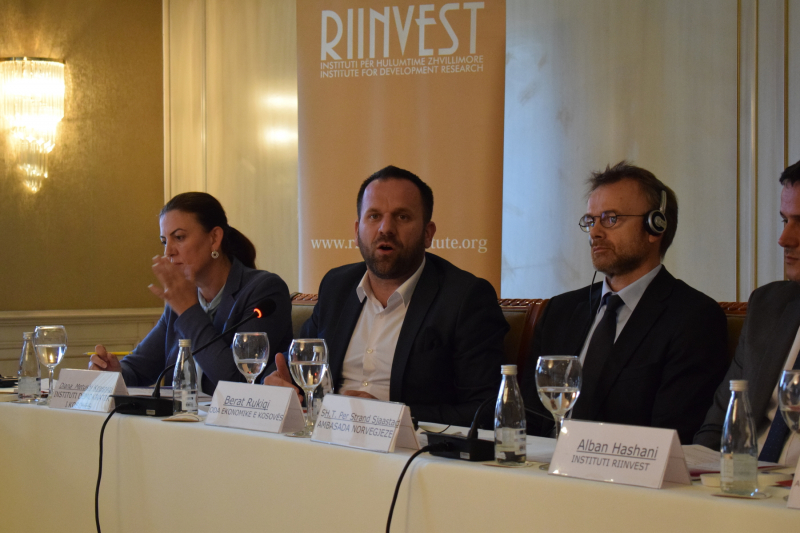 Relating with the recommendation that businesses involved in corrupt affairs should be excluded from participation in public procurement, Rukiqi declared that encouragement and pressure for corruption comes from the demand, since according to him there is a minimal level of accountability and a high degree of unfair competition in the market.

Meanwhile, Afrim Atashi, Director of the Department of Corruption Prevention, discussed on the work of the Anti-Corruption Agency, in preventing corruption. According to Atashi, the study presented is very appropriate since we don’t have studies that deal with such findings. 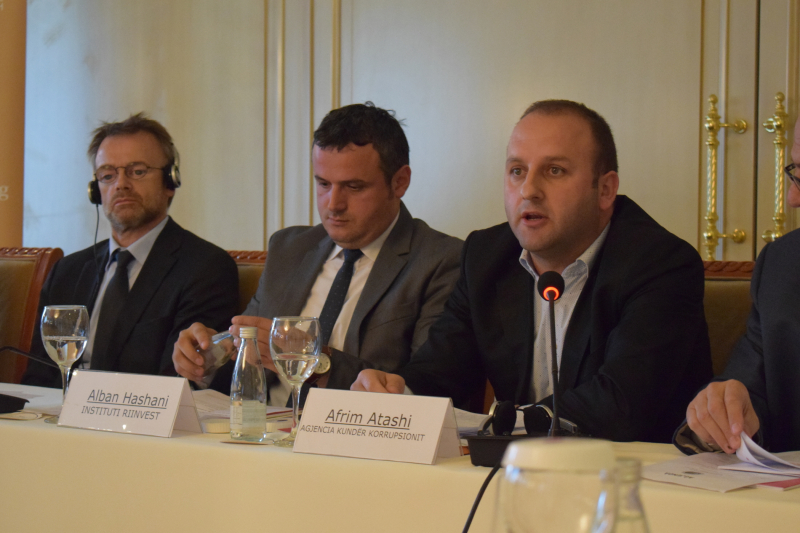 Atashi declared that there are a lot of businesses that are not sincere when giving answers, since at the same time they declare that corruption is widespread, but when they are asked if they themselves are involved in corrupt practices, they deny it.

Diana Metushi Krasniqi from KDI, expressed very satisfied that this study has taken into consideration the supply side of the corruption, since according to her this side has not been analyzed enough. 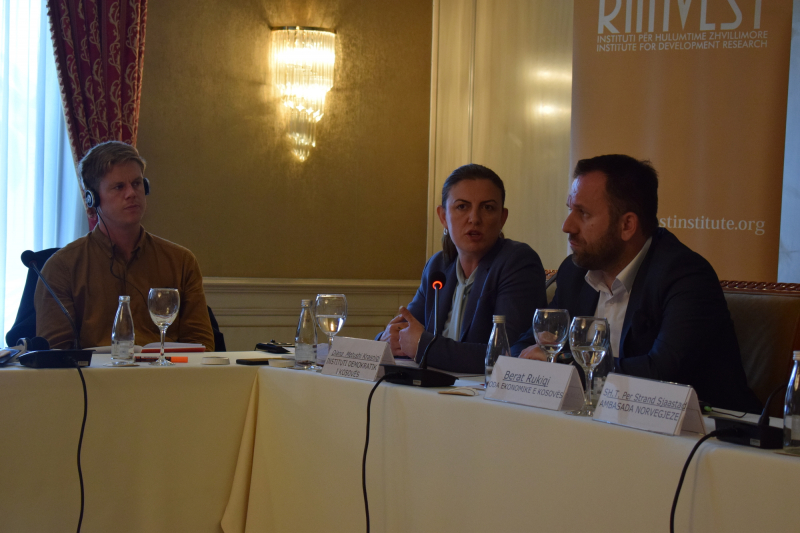 According to Krasniqi, the major difficulties in the fight against corruption are related with the lack of integrity, lack of supervision and accountability, and with the lack of political will. Krasniqi encouraged businesses to report corruption in the special phone line that KDI has, ensuring them that their data and identity will remain protected.

the discussion with the participants, the roundtable even was closed by Muhamet Mustafa.