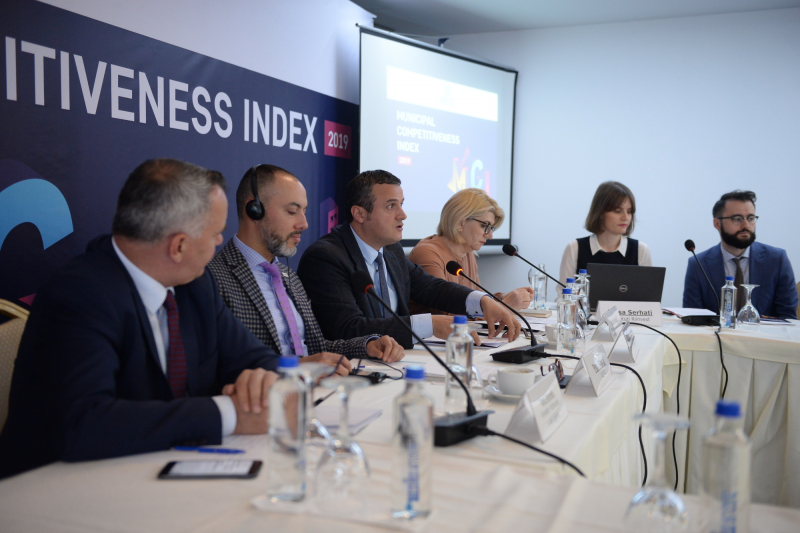 On Tuesday, May 7, the "Competitiveness Index of Municipalities" event (MCI 2019) was held, with the publication of the results for year 2019.

The event was opened by the executive director of the Riinvest Institute Alban Hashani. Hashani stated that this index is intended to produce on comparative basis important indicators of competitiveness between municipalities of Kosovo. According to Hashani the Municipal Competitiveness Index is based on a consolidated methodology which represents an extraordinary source of primary data that analyze the business environment in a local context. 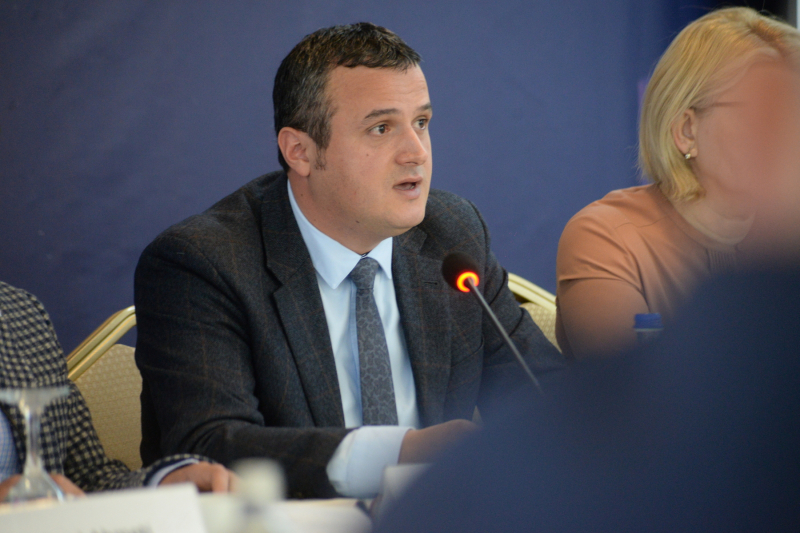 Furthermore, he added, the index is composed of 8 indicators, such as: Barriers to Entry, Transparency, Participation and Predictability, Time Costs, Taxes and Fees, Municipal Administration, Business Supporting Services, and Municipal Infrastructure. This index is realized following a survey with 3200 businesses. The implementing team conducted as well focus groups with municipal representatives and businesses. In the end, Hashani thanked the USAID for supporting this project.

Meanwhile, the Program and Policy Office Director USAID Paul Vaca, congratulated the implementing team and stated that he was honored to be present at this event with partners from Riinvest Institute to launch the Competitiveness Index 2019. "It is good that there is a large presence of people and local government officials who work continuously for a better business environment to attract investments,” said Vaca. 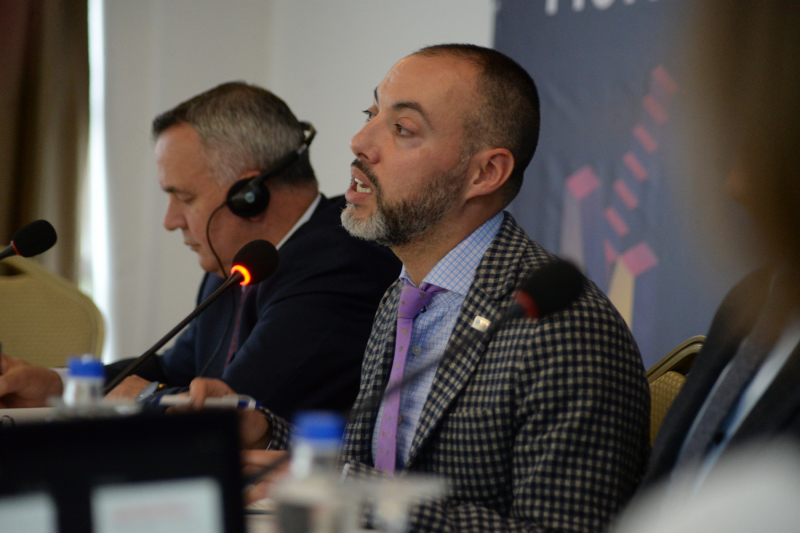 According to him, this is a very important project in order for mayors to understand if their policies are effective. Vaca added that this report does not only serve as a ranking of municipalities, but analyses how municipalities use this information to improve the lives of their citizens. "What impressed us is the performance of small municipalities. For the second consecutive time, the municipality of Lipjan/Lipljan is the best performing municipality, and for this deserves praise", stressed Vaca in his opening remarks. This publication will also help citizens to keep the leaders of their municipalities responsible and accountable. In the end, he stated that working together, municipalities and businesses can improve and further promote a sound and healthy business environment. 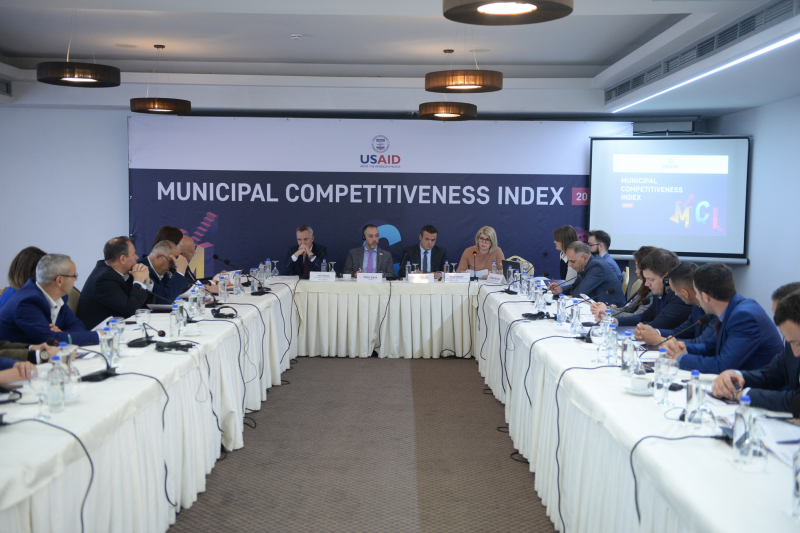 Fetije Begolli, Head of the Department for Sustainable Municipal Development in the Ministry of Local Government Administration stated that MLGA has finalized a strategy for local economic development that will support and promote improvement of the business environment at the local level for 2019-2023. A working group has now been formed, and we have begun implementing the action plan, said Begolli. 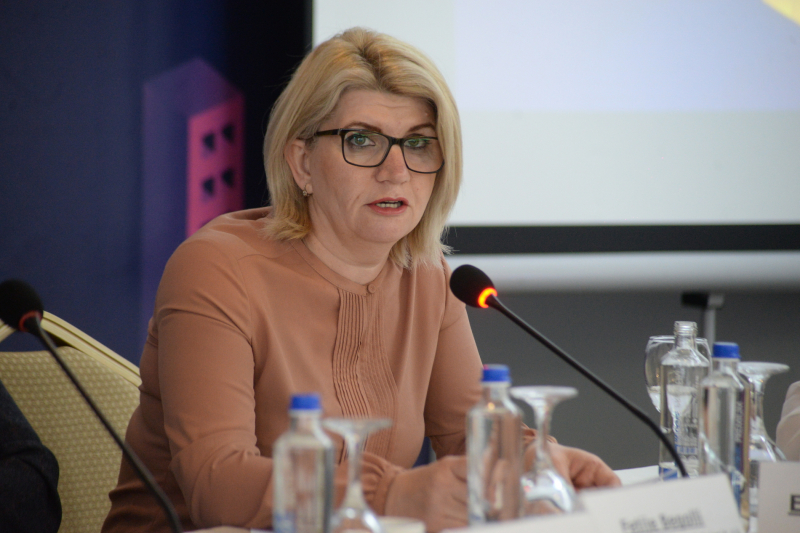 According to Begolli, the mission of this strategy is to create policies for economic development at local level and to ensure the sustainability of the local economy in order to improve the lives of citizens in all areas. Strategic orientations in this document are: financial sustainability of municipalities, attracting foreign investments, strengthening the local economy through investments in human capital, utilizing resources in the function of sustainable economic development, concluded Begolli.

Imri Ahmeti, Mayor of Municipality of Lipjan/Lipljan, stated that business environment at the local level cannot be distinguished from that at the country level, although according to him, municipalities have limited competencies within the legislation in force to try to improve business environment. "In order to realize these improvements, I think that these reports should be used first and foremost, and a team in the municipal administration should be set up to analyze these findings," said Ahmeti. 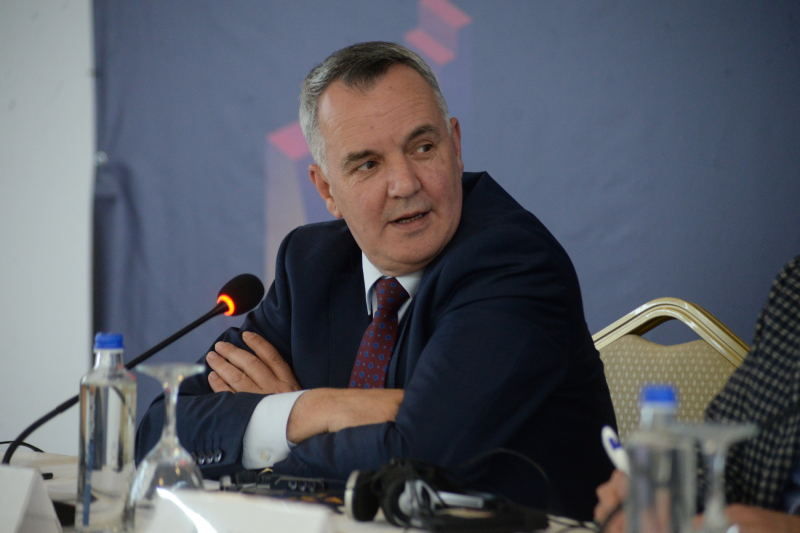 Further, he added that these finds have served the municipality of Lipjan even in earlier years, and have enabled them to see what are the disadvantages and weaknesses. As a success story in business facilities, Ahmeti cited the project of simplifying administrative procedures in the municipality, funded by USAID.

The findings from the study were presented by Enisa Serhati, researcher at the Riinvest Institute, and co-author of the study. She stated that the Municipal Competitiveness Index (MCI) is an aggregate indicator of local governance that assesses different dimensions of local government towards providing a sound business climate and a favorable competitive environment. "This is the second time that the Riinvest Institute is conducting the MCI survey, and in this way we can compare the results with the previous year," Serhati added. According to her, businesses generally show a similar performance of municipal economic governance with the previous year. 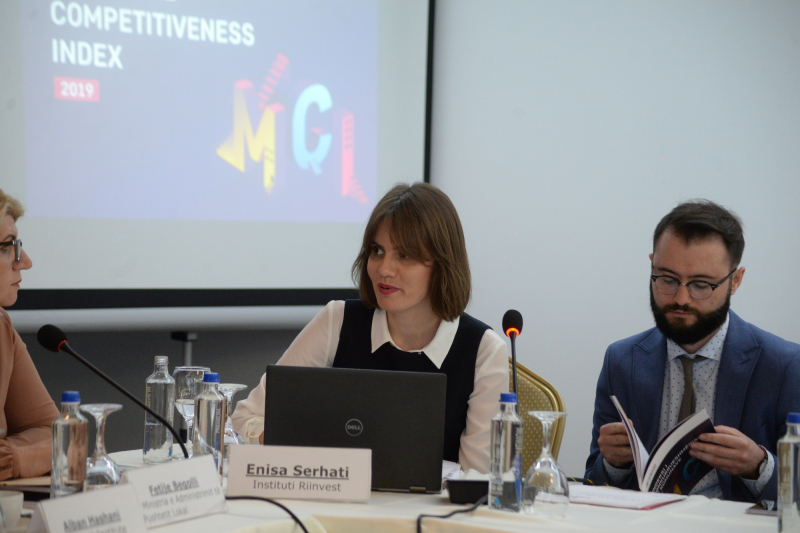 Moreover Serhati stated that the two sub-indices with the highest performance at the local level are 'Time Costs', which investigates the amount of time that businesses spend fulfilling their obligations to the municipality and the other sub-index is 'Barriers to Business Entry'. On the other hand, the lowest performing sub-indices are those that analyzed the professionalism of local administration staff, and the participation of businesses in municipal economic governance. 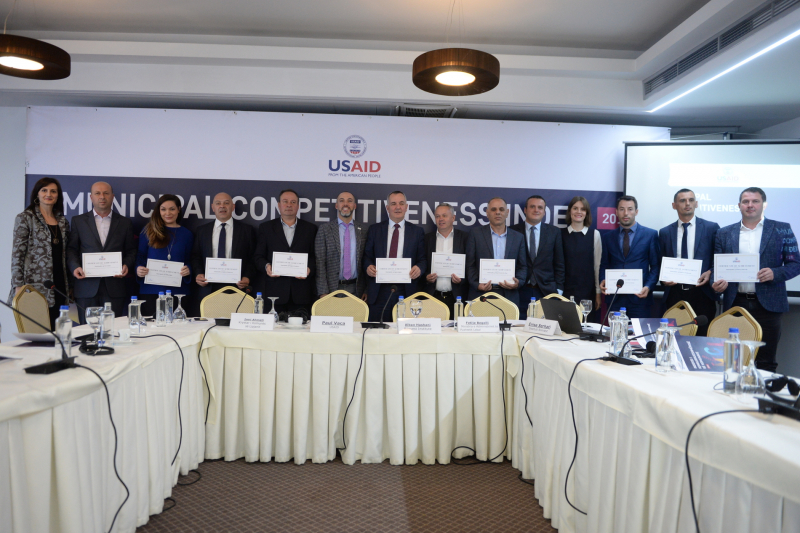 After discussing with municipal officials and distributing the certificates for the ten best performing municipalities, the event was closed by Alban Hashani. 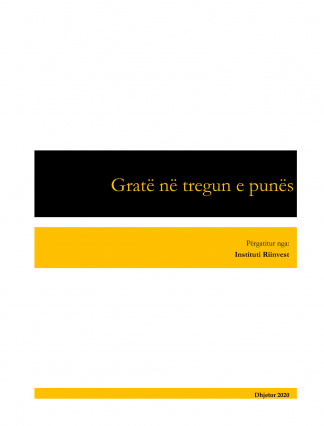