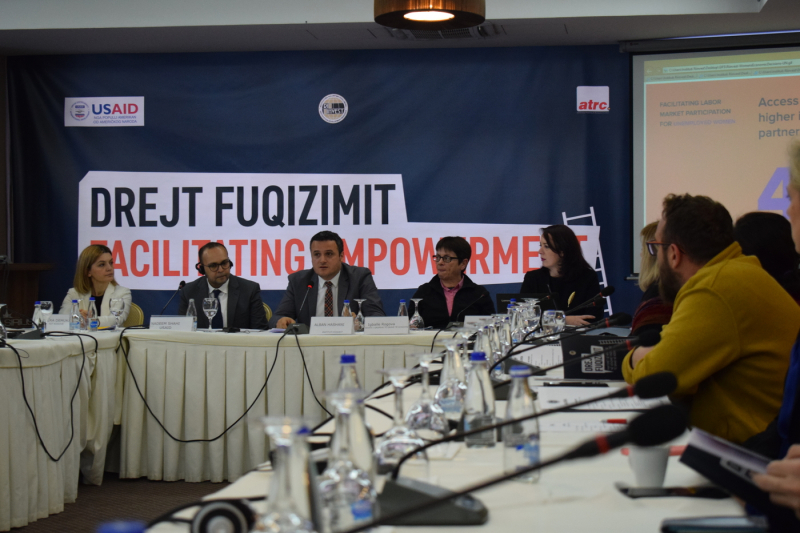 Alban Hashani, executive director of Riinvest Institute opened the discussion. In his opening remarks, Hashani declared that women in Kosovo represent half of the population, but they are underrepresented in the labor market. As a result of that, the “Women Economic Forum” was created with the objective of coordinating the advocating efforts. According to Hashani, the “Women Economic Forum”, has identified four main issues: the parental law, infrastructure of child care, vocational training, and financial support for women entrepreneurs. Hashani declared that in order to achieve women empowerment, women should be economically independent; otherwise they will become a subject of violence. As a main barrier that leaves women outside of the labor market, Hashani mentioned disproportionate work. Riinvest Institute and “Women Economic Forum”, intend to create incentives for private sector, to offer solutions for women to become a part of the workforce, concluded Hashani.

Meanwhile, Deputy Director of USAID Kosovo, Nadeem Shah, declared that he is very pleased that USAID Kosovo is supporting Riinvest and the project “Women Economic Forum”. According to him, while Kosovo’s economy is growing, women continue to face different barriers; despite the fact they are educated and well prepared for the work force. Shah encouraged Kosovo’s citizens, to be engaged actively and see how they can empower women more.

Dita Dobranja, researcher at Riinvest Institute, and co-author of the report, presented the main findings of this study, conducted with 500 employed and unemployed respondents throughout all Kosovo. Dobranja declared that similar to the previous studies of Riinvest Institute, women employed in the private sector work one day more each week, and are payed 25% less than women employed in the public sector. Another important finding according to the study is that women, both employed and those searching for a job, face similar barriers while applying for a job; starting from the lack of suitable job positions, continuing to lack of time for work due to housework duties. According to Dobranja, the study report aims to identify the factors that when improved would enable women access to the labor market and easier employment. The main factors identified by the research are: for 75% of women, access to suitable job positions; for 60% of women, access to professional trainings; and opportunities for flexible working hours for 50% of women. Employed women, as well as those searching for a job, consider that access to kindergarten, and a greater engagement of parents in childcare through parental leave, would help them to participate in the labor market. 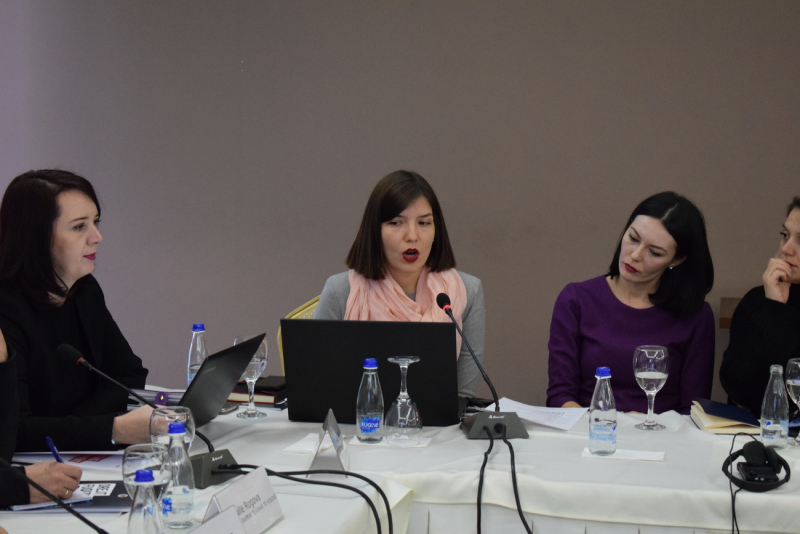 Igballe Rogova, Director of “Kosovo Women’s Network (KWA)”, declared that since KWA joined their efforts with Riinvest and other organizations two years ago, and thus created the “Women Economic Forum”, the situation has improved significantly. According to her, women that are not empowered economically, have much more possibility to be victims of violence. We have to give our all to include women in the workforce, concluded Rogova.

Meanwhile, Venera Demukaj from RIT Kosova, declared that from an economic perspective, the lack of women participation in the economy presents an inefficiency caused by economic performance below an optimum point or full capacity. There cannot be a sustainable economic development without the participation of women in the labor market, stated Demukaj. After the discussions of other panelists from civil society organizations, Alban Hashani closed the discussion, restating that Riinvest will continue with its advocating efforts in empowering women in the economy.