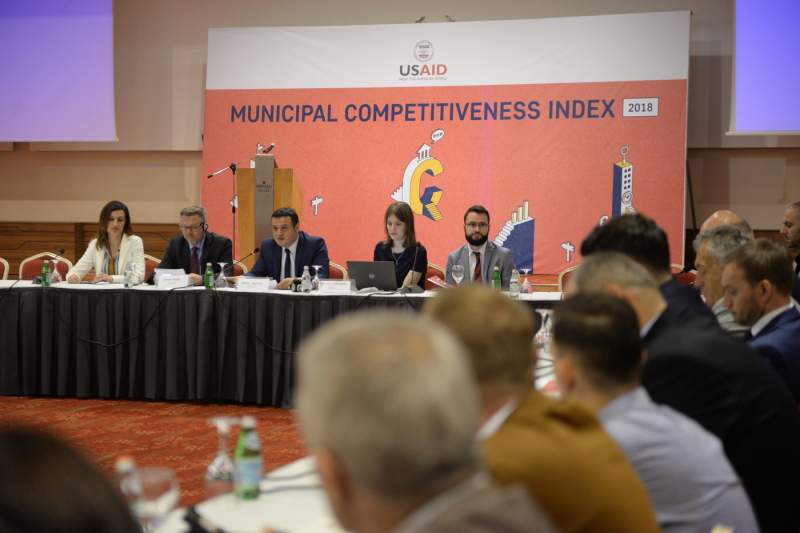 In the presence of municipal officials, non-governmental organizations and other guests, Riinvest Institute as an implementing partner of USAID Kosovo held the “Municipal Competitiveness Index “(MCI) event where the findings of the study with the same name were presented.

Alban Hashani, the executive director of the Riinvest Institute, opened the event discussing the overall methodology of creating sub-indices and the overall main MCI index. 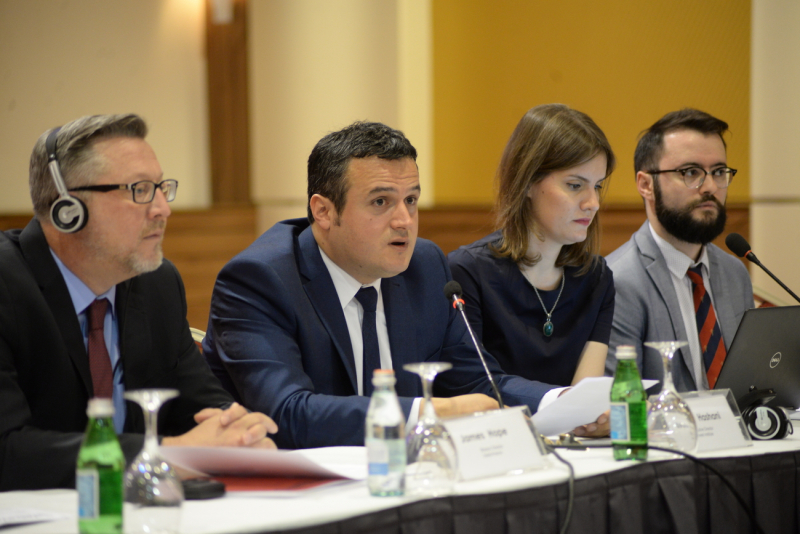 The findings of this report show that municipalities in Kosovo, including the ones that are ranked the highest, need a lot of improvements. Moreover, this report according to Mr. Hashani could serve as a starting point for identifying opportunities to improve local government policies in the service of an increasing competitiveness.

USAID Kosovo Mission Director James Hope stated that although the ranking is important in this study, municipalities should mostly use the results of this index to improve people's lives. 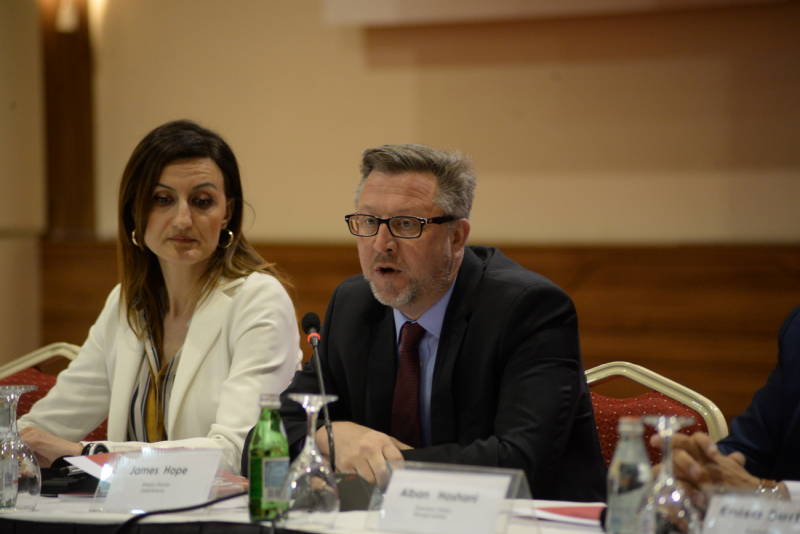 Consequently, Hope, underlined that the excellent performance of some small municipalities, such as the case of Lipjan/Lipljan is notable. He said that there are many good performers from other municipalities, and the others should follow their suit. This MCI report proposes concrete actions in order to improve the business climate with sustainable policies. Hopes ended by highly appreciating Riinvest for the work it has done, and all other partners working to achieve better results.

Enisa Serhati, a researcher at the Riinvest Institute, presented the findings of the report. In this report 38 municipalities of the Republic of Kosovo have been included, the sample has been representative for all municipalities. 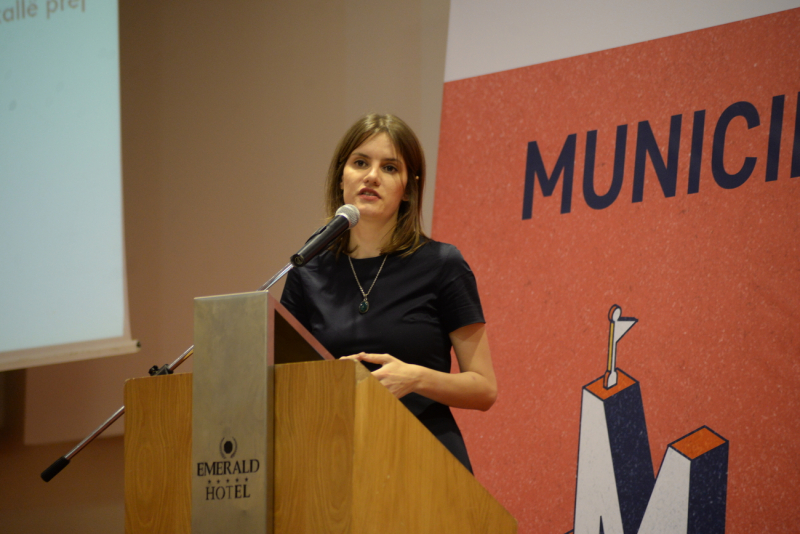 The methodology used was compiled based on the Asia Foundation-Economic Governance Index methodology and easily applicable to Kosovo. Initially, the primary data collected by the survey were standardized in order to create 8 sub-indices. Further, Serhati explained each sub-index ranging from business entry barriers, transparency, participation and predictability, time costs, taxes and fees, business support services, local administration and local infrastructure. 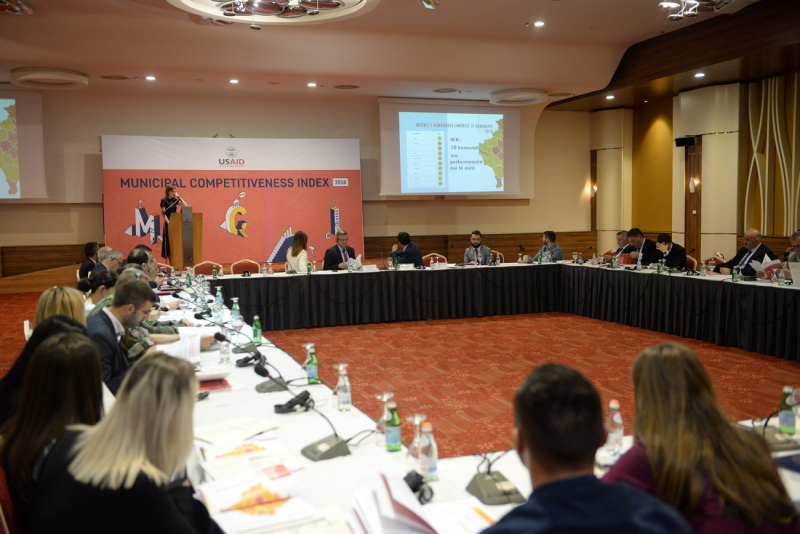 The results show that the Time Cost index from businesses is ranked as the highest-rated sub-index, followed by the Barriers to Entry sub-index. This result confirms a favorable environment for starting a business from the perspective of administrative obstacles related to business entry. On the other hand, the sub-index of Transparency has received the lowest scores, indicating a limited access to the data and information provided by the municipalities. 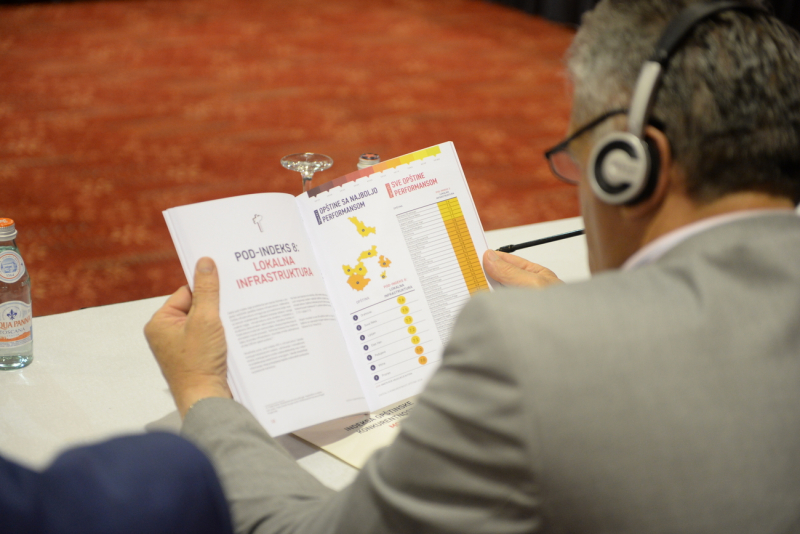 The final score of the MCI is based on the above mentioned 8 sub-indices and the ten municipalities with the best performance are the municipalities of Lipjan/Lipljan, Rahovec/Orahovac, Vitia/Vitina, Junik, Hani i Elezit/Elez Han, Gjakova/ Đakovica, Podujeva/Podujevo, Obiliq/Obilić, Prishtina/Priština and Suhareka/Suva Reka. Meanwhile, the Municipality of Partesh was added to the list of the municipalities with the best performance, when MCI was weighted based on the importance of the implemented policies.

At the end, the event was concluded with an open discussion of municipal representatives and the distribution of certificates for the top 10 best ranked municipalities. 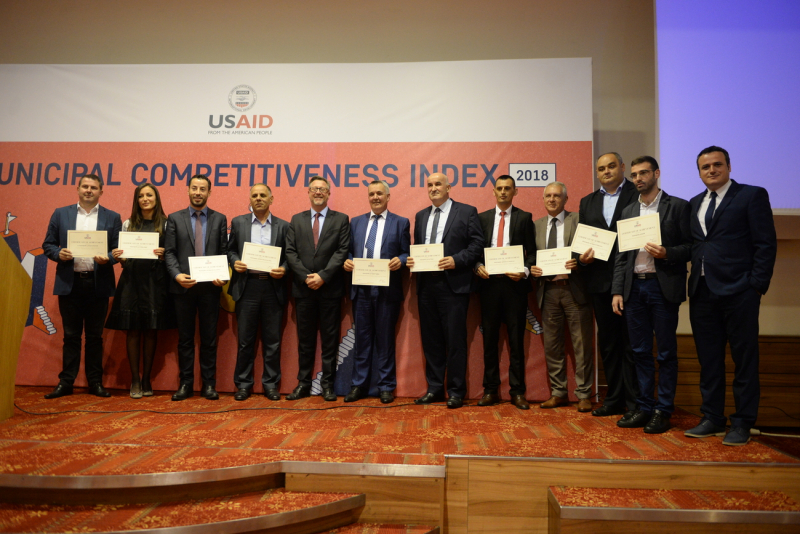