The USAID Head of Mission for Kosovo Mr. James Hope, declared to be very happy since the MCI is being implemented again. 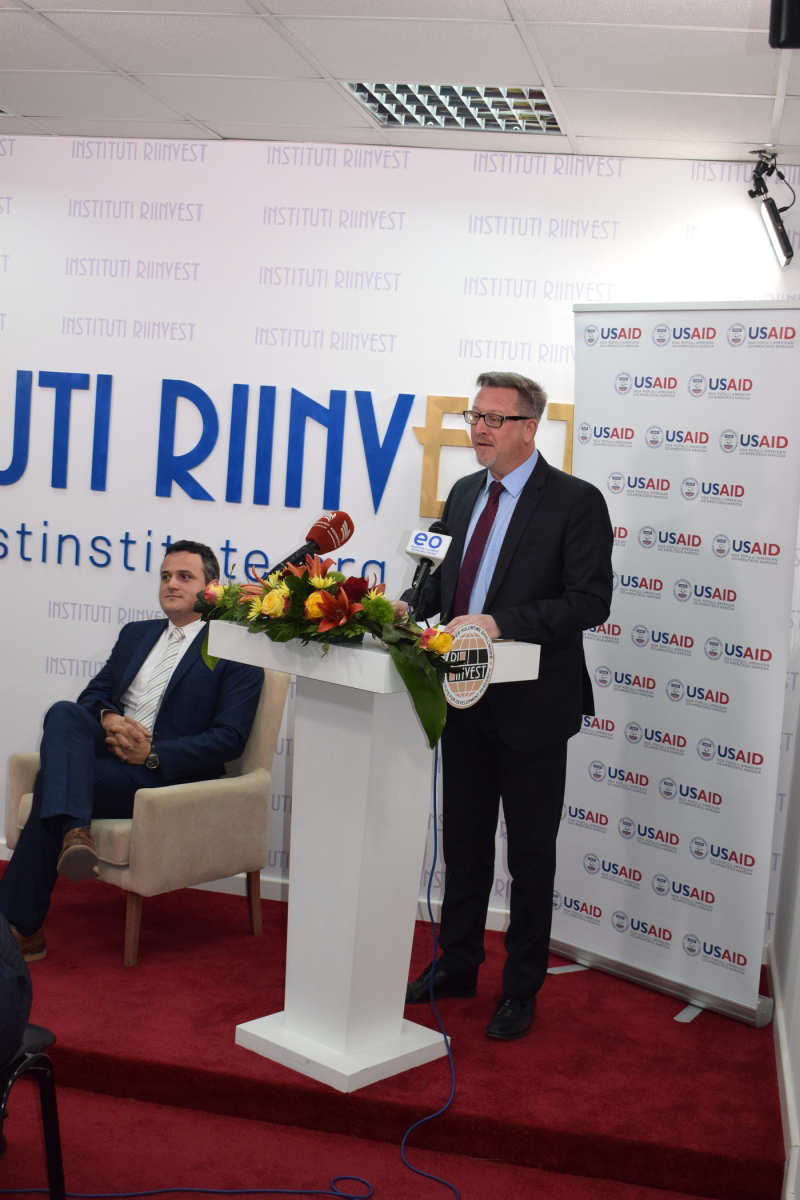 According to him, MCI is a project that aims to promote transparency and good governance in all of Kosovo, and has proven to be a very effective tool. He added that the majority of the municipalities in Kosovo, use the ranking in the MCI index as evidence of how well they have been performing, and are proud with the ranking in the MCI index. Always according to him, MCI is a measuring tool that reveals which services should be improved in the business environment, and includes all of the 38 municipalities of Kosovo, by encouraging competitiveness between them, and encouraging them to share best practices with each other, and find common solutions. In the end, Mr. Hope declared to be very proud that Riinvest Institute will implement the MCI index as a USAID partner.

On the other hand, the Executive Director of Riinvest Institute Mr. Alban Hashani, declared that the Municipal Competitiveness Index (MCI) will foster competitiveness between municipalities. He also added that drafting the drafting of the Municipal Competitiveness Index of Kosovo, will have an impact on improving different important aspects of the business environment. “The Municipal Competitive Index, will be anchored in the most important levels of informed policy making in Kosovo. We believe that the drafting of the Kosovo MCI will represent a great source of information of the data required to draft public policies. Also, due to the fact that the MCI includes all the municipalities of Kosovo, it will enable in a comparative way to analyze the business environment in municipalities, and to foster competition between them, to do more on different aspects of the business environment” declared Hashani.

The Municipal Competitiveness Index will be drafted for all the municipalities in Kosovo, where 3100 enterprises will be surveyed.