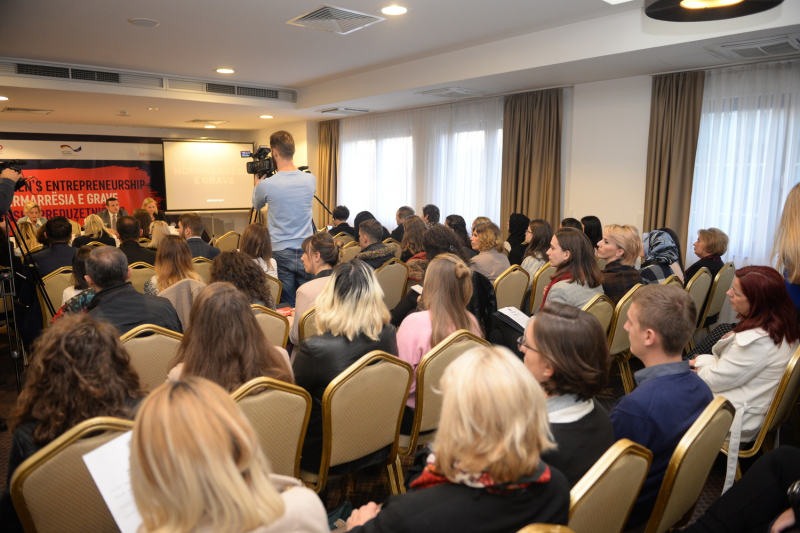 In the presence of numerous participants from civil society organizations and women-run enterprises, the "Women's Entrepreneurship" roundtable event was held, where the report and findings of the survey conducted with 313 women entrepreneurs, the first of this magnitude in Kosovo, were presented. The roundtable event was organized by the Riinvest Institute, part of the project Women’s Economic Forum, supported by USAID, through the Advocacy Training and Resource Center - ATRC, as well as the German Cooperation through GIZ. 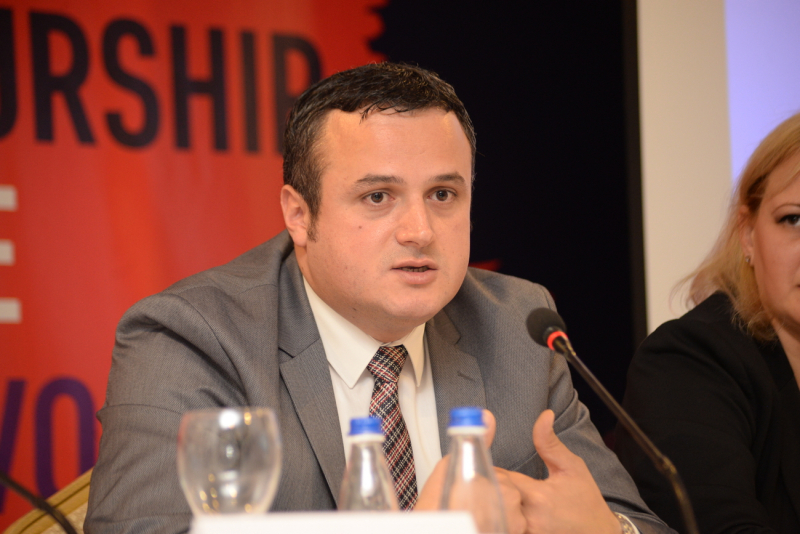 The roundtable event was opened by the executive director of Riinvest Institute, Mr. Alban Hashani. Alban Hashani. Mr. Hashani emphasized the challenges faced by women entrepreneurs, and the role of women in the economy. Hashani stated that 80% of women in Kosovo are inactive in the labor market, while only 10% of active businesses in Kosovo are owned by women. According to Mr. Hashani, data on Kosovo are more worrying as the structure of businesses in which women operate reflects the overall structure of Kosovo's economy, recommending policies and affirmative actions that would improve the situation of women in the labor market. 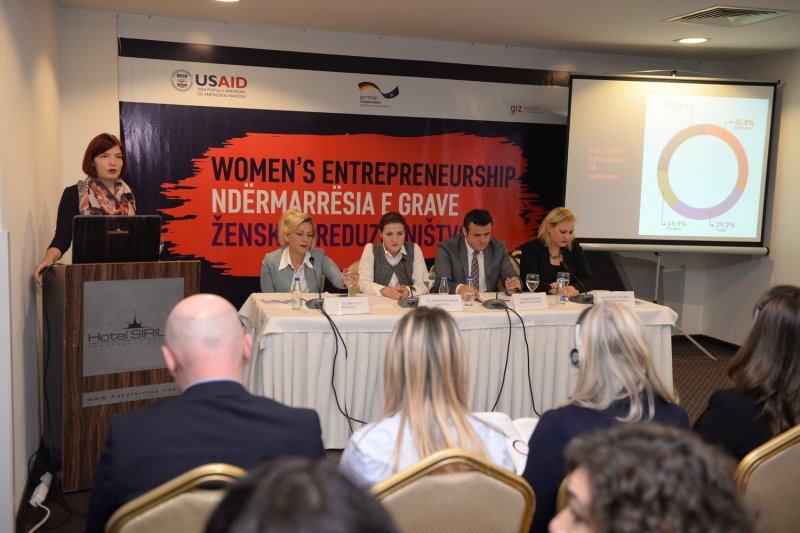 Meanwhile, Dita Dobranja researcher at Riinvest Institute presented the findings of the report "Women's Entrepreneurship". According to the findings presented by Mrs. Dobranja, the majority of women-led enterprises, are small or micro-enterprises, mainly oriented towards trade and industry, more specifically in beauty and hairdressing salon. With regards to loan activity, only 10% of women entrepreneurs have received loans from financial institutions. According to Mrs. Dobranja, the majority of women surveyed or 85%, stated that they did not face gender discrimination when they registered their business, while 66% of them stated that Kosovar society supports women entrepreneurs. As the main barrier, Mrs. Dobranja mentioned tax rates, small market, and administrative burdens, whereas the main barrier was ranked family obligations, with 47% mentioning it. 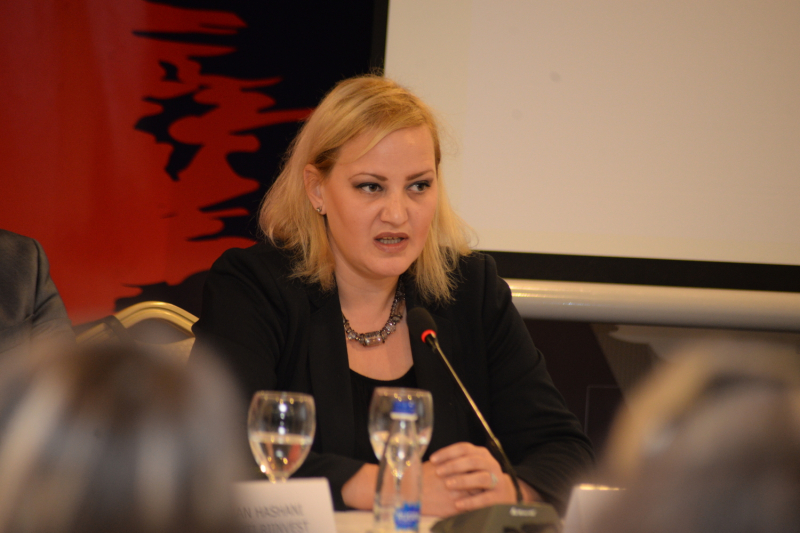 On the other hand, Lendita Kastrati from the Kosovo Women's Economic Chamber (G7) stated that the women's environment for doing business continues to be very difficult. "The cost of funding for women remains a huge challenge as we have less than 10% of women who take loans in commercial banks. There is a very little growth in women's businesses, and we have a very small growth in women who are engaged in agriculture. Most women sell at the locations where they operate. They cannot afford to go outside the city or country where they have their business. I can say that there has never been more talk about women entrepreneurship in Kosovo and now women are less prejudiced in business" declared Kastrati. 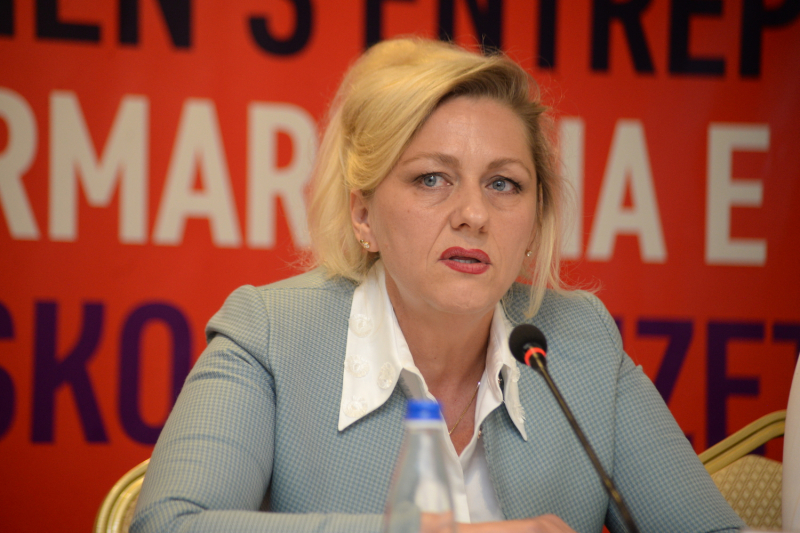 Syzana Aliu, owner of the company “Magic Ice”, which produces ice cream and cheese products, and employs 110 workers, mentioned social norms, patriarchal society, and gender-based norms, and emphasized that in the enterprise she leads, she tries to counter this phenomenon by promoting gender equality. 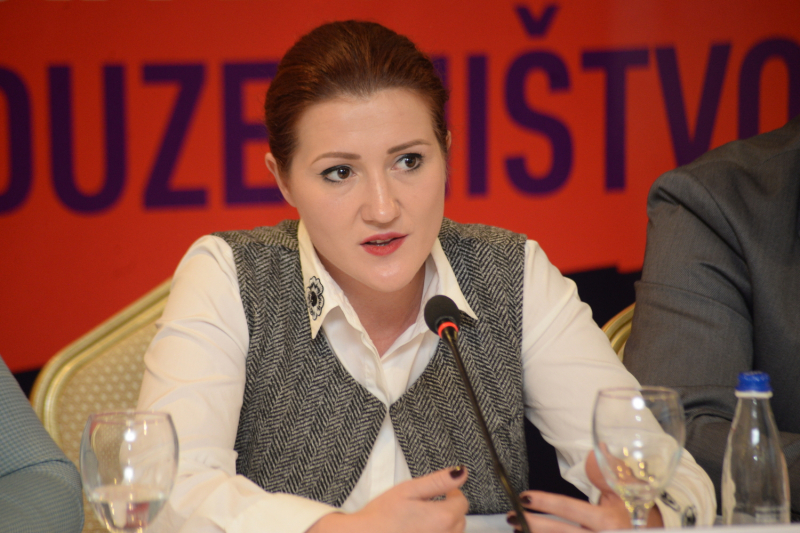 Meanwhile, Drenusha Shala, head of the call center "Baruti AG", as the main barrier mentioned access to finance. As far as family support is concerned, she stated that family support remains only on a moral level, but not on a financial one. Mrs. Shala showed how her business strives to keep gender equality continually, where over 40% of the employees are women. 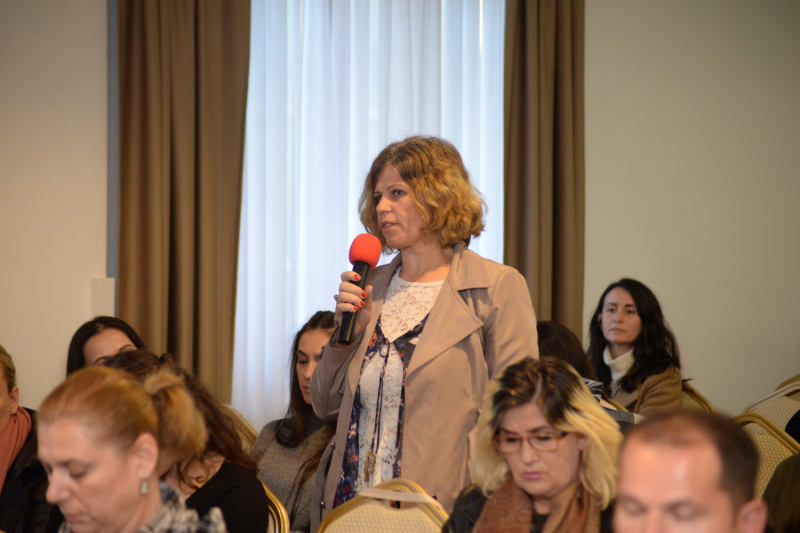 The round table event was closed with a discussion between panelists and participants. The roundtable event was organized within the framework of the project Women's Economic Forum, supported by USAID through ATRC, as well as by German Cooperation through GIZ.