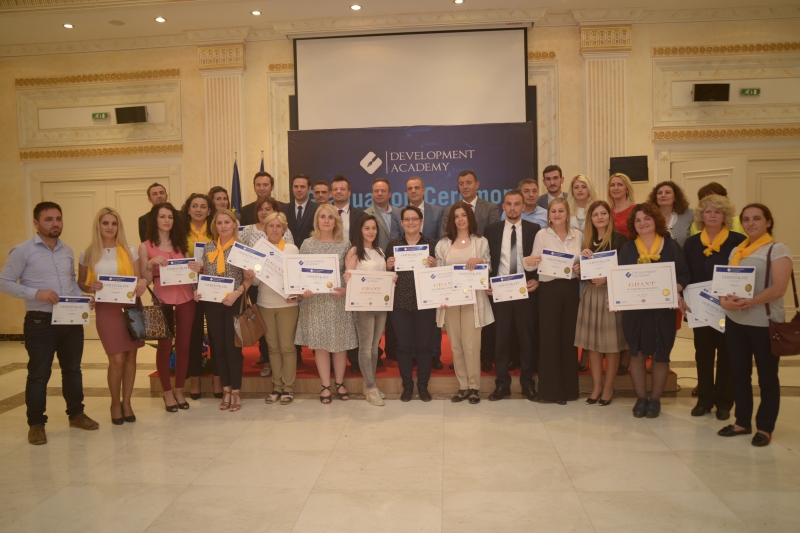 Eleven beneficiaries, including here three businesses and three municipalities of the Republic of Kosovo, that have won grants for the implementation of small projects with quick impact, were honored in a solemn ceremonial event organized by Riinvest Institute, which was held on Thursday in Pristina.

The implemented development projects, include the construction of workshops for processing fruits and vegetables, processing natural healing herbs used for natural tea, production of organic humus, and among others eliminating illegal landfills. The beneficiary municipalities are the municipality of Podujeva, Obiliq, Shtime, and eight other small businesses in the central economic region.

The ceremonial event was opened by Mrs. Besa Luzha, representative of the German fund “Friedrich Ebert Stiftung”, also one of the organizations that implements the “Development Academy” project. According to Mrs. Luzha, the main objective of this project was to support municipalities, and to qualify and equip a number of business members, as well as officials from central and local level, with knowledge on applying as well as implementing EU related projects. 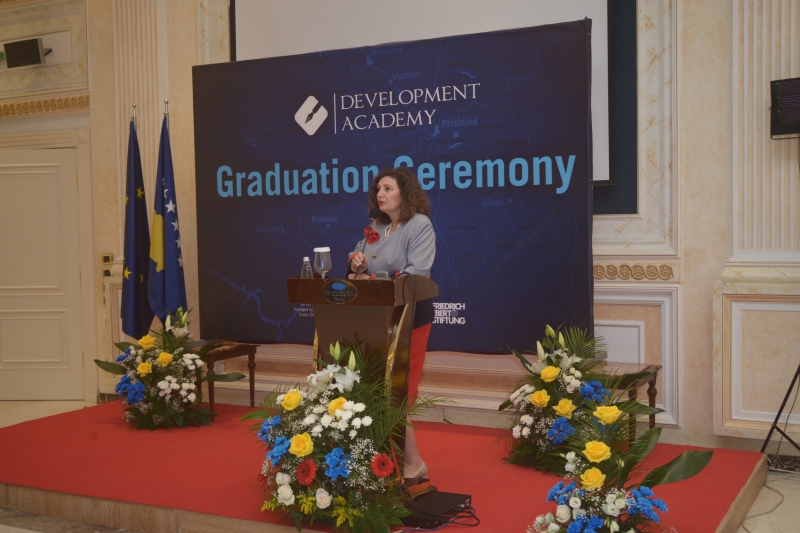 Mr. Lumir Abdixhiku, executive director of Riinvest Institute, declared that the most important component of the whole project was the opportunity that it was given to businesses and municipalities to apply and win grants, the main focus of which is the improvement of economic conditions of regional stakeholders. According to him, “Development Academy” is one of the first initiatives in Kosovo that qualifies the country’s officials to manage, apply, and implement the strategic development methods of EU, and other relevant instruments of development. 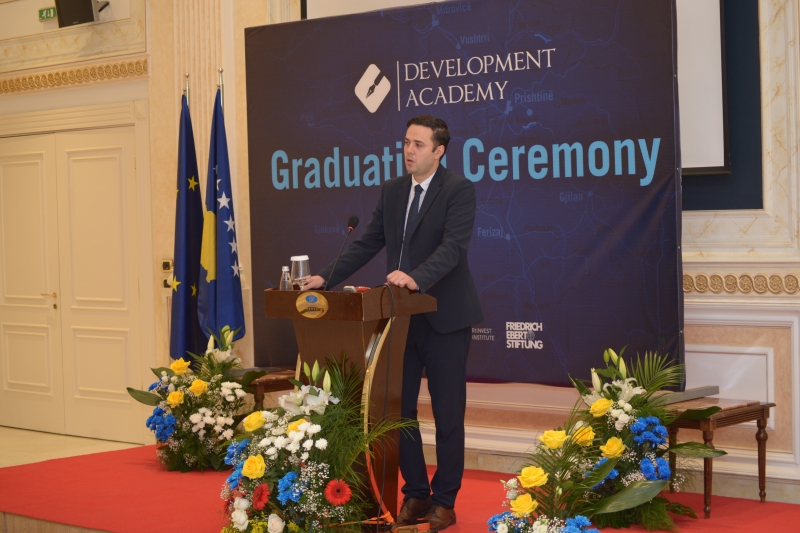 Mr. Christof Stock, chief of operations for the EU office in Kosovo, declared that the main objective of “Development Academy” is the enforcement of the official’s capacities of central and local governance, of the center region, in regards with issues that have to do with economic development and European integration, emphasizing the unconditional support of the EU office in Kosovo, for such projects.

In the same event, 30 development experts of Kosovo, from 8 municipalities of the region center, small businesses and officials from ministries that have attended and finished the fourth cycle of the “Development Acadamey” of Kosovo, received their certificates. 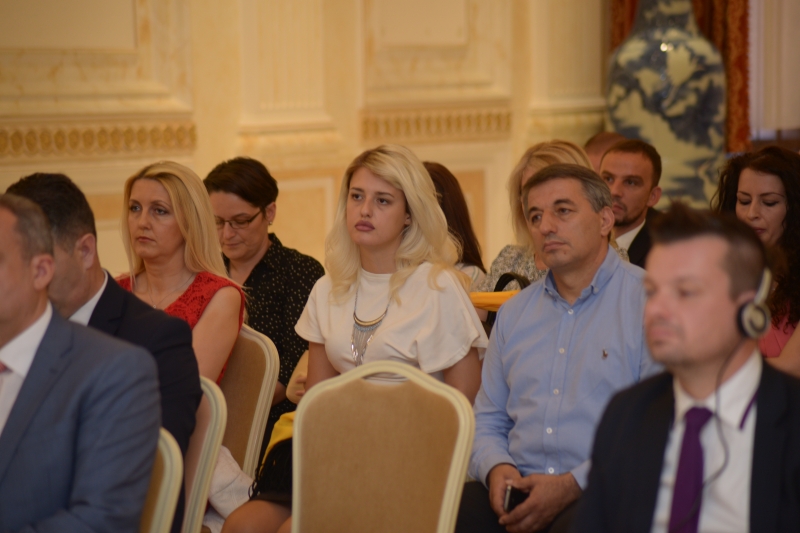 Participants of the development academy and grant beneficaries

The class of the fourth cycle was attended by officials from the Ministries, officials from 8 municipalities of the region center (Pristina, Podujeve, Fushe Kosove, Obili, Lipjan, Drenas, Gracanice, and Stime), as well as small businesses. After 24 sessions of lectures and after fulfilling the required activies for a successful ending of the Academy, 40 participants graduated. The participants were proposed by their respective institutions.

The project “Development Academy II” is implement by Riinvest Institute in cooperation Friedrich Ebert Stiftung (FES) and with the support of the European Office in Kosovo.